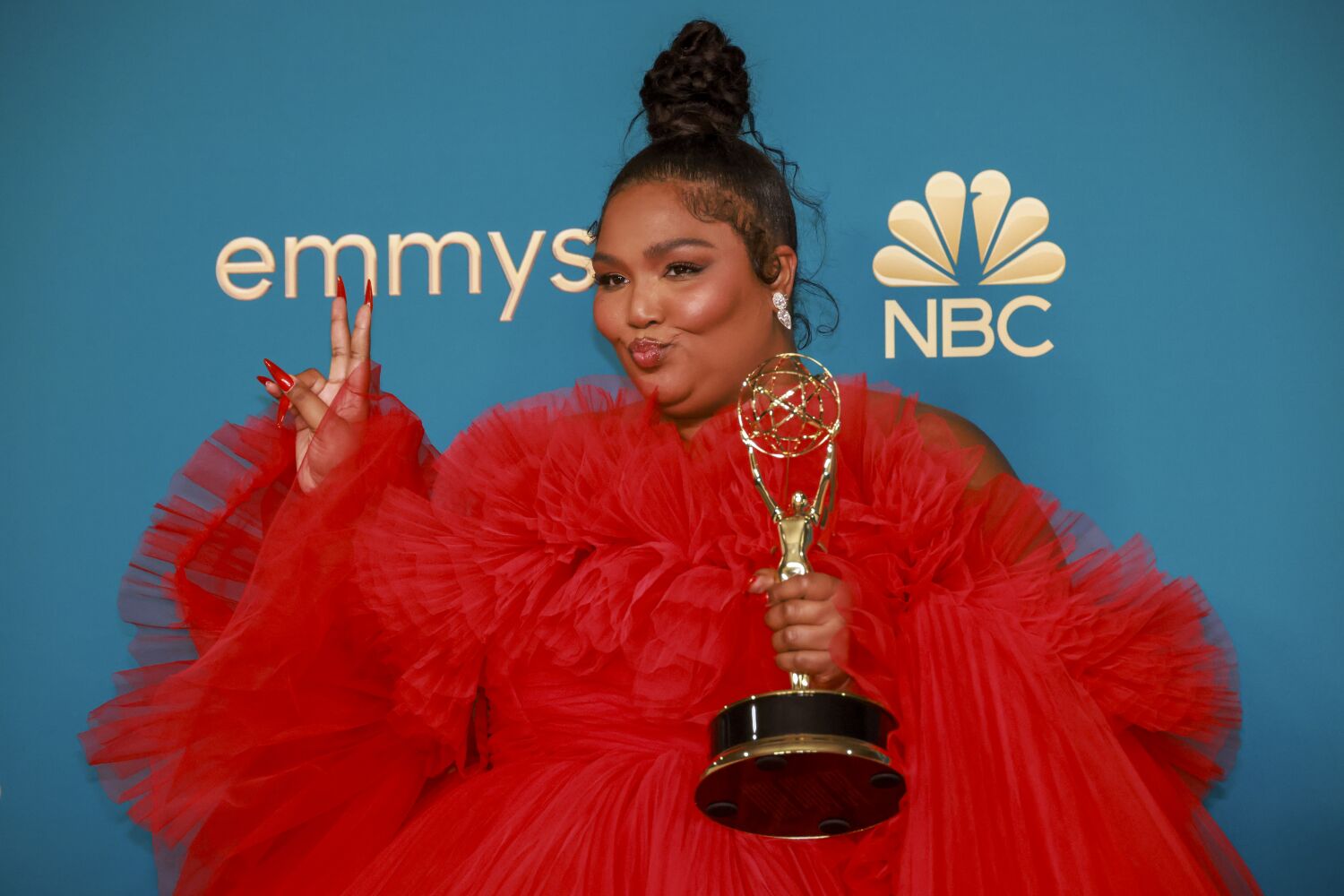 Lizzo basks in her historic glory after playing a two-century-old crystal flute that previously belonged to the fourth President of the United States.

The “About Damn Time” and “Truth Hurts” singer, who is a trained flautist, shared a series of videos of the pivotal moment of her Tuesday concert at Capitol One Arena in Washington, DC

“YALL… THE LIBRARY OF CONGRESS LET ME PLAY THEIR HISTORICAL 200 YEAR OLD CRYSTAL FLUTE ON STAGE TONIGHT – NO ONE HAS EVER HEARD HOW IT SOUNDS… NOW THEY DO,” she said, posting a clip to Instagram.

In the video, the blinded performer gently took the instrument from its owner and immediately said “I’m scared” into the microphone.

“It’s crystal, it’s like playing out of a wine glass, b- so be patient,” she added.

The Grammy and Emmy winner then played a few notes and expressed shock and awe at the “warbling” sound. Seconds later, she triumphantly – and gently – handed the instrument to its owner, the library’s curator, Carol Lynn Ward-Bamford, who then placed it back in its case.

“I just twerked and played James Madison’s 19th Century crystal flute! We just made history tonight,” she announced to the audience. “Thanks to the Library of Congress for preserving our history and making history pretty darn cool. History is freaking cool folks!”

Back on social media, the Yitty shapewear founder happily posted another video capturing the moment.

“YALL WE HAVE A BETTER VIDEO – YES I HAVE A DUPLICATE POSTING BUT I AM THE FIRST & ONLY PERSON TO PLAY THIS PRESIDENTIAL CRYSTAL FLUTE IT’S LITERALLY AN HEIRLOOM – LIKE… AS A FLUTE PLAYER THIS IS ICONIC AND I WILL NEVER PUSH IT.” 🎶,” she wrote.

Taking to Twitter, Carla Hayden, the 14th Librarian of Congress, congratulated the musician on her achievement.

“It makes my heart melt,” Hayden answered in response to Lizzo’s first video. “@lizo You are a gift to all of us. And it’s YOU who just made the story that much cooler. We appreciate all the love at the concert last night. We can’t wait to have you back. #LizzoAtLOC”

“We just did a DNA test. Turns out it’s 100% true [crystal] flute @lizo played at their DC stop tonight on the #SpecialTour” tweet said. “It’s safe and sound in the library now. Many Thanks @CapitolPolice for the escort.”

When Lizzo asked if she could play the flute at the concert, the library’s collections, conservation, and security teams coordinated the outing.

“When an object of such value leaves a museum or library for loan or display in an exhibition, preservation and safety are priorities,” the library said in a blog post Wednesday. “At the library, curators ensure the object can be transported in a custom-made protective case, and a library curator and security officer will always guard the object until it is secured again.”

The musician also got her flowers via social media, with fans and followers paying tribute to the momentous occasion.

“This is the most high fantasy thing I’ve ever seen in the real world omg,” commented musician Grimes. “A mythical crystal flute that no one has ever heard played? That’s some elves—⚔️🫡 Congratulations”

“Lizzo, a black female superstar who works with Carla Hayden, the first African American and first female Congressional Librarian, to create a flute for James Madison, the Founding Father who created the 3/5 Compromise and also the Library of Congress itself? The symbolism!!!” observed Law professor and columnist Tiffany C. Li.

But it was no coincidence that the musician crossed with the historical instrument. It was Twitter.

Last Friday, Hayden saw that Lizzo’s special tour was headed to DC this week and decided to tickle her with the library’s “biggest flute collection in the world.”

Lizzo took the bait and answered the next day with: “IM COMING CARLA! AND I PLAY THE CRYSTAL FLUTE!!!!!”

She and the library coordinated a meeting Monday where she practiced the instrument before the concert, but only after library curators in the music department ensured it could be played safely and without damage, the library said.

“Lizzo reverently picked up Madison’s crystal flute and blew a few notes. This is not easy as the instrument is over 200 years old. She blew a few more once she was in the Great Hall and the main reading room. She then grabbed a more practical flute from the collection and serenaded collaborators and some researchers. It filled the room with music as sublime as art and architecture,” according to the blog.

“Cameras snapped and video rolled. For your kind National Library, this was the perfect moment to show a new generation how we are preserving the country’s rich cultural heritage. The library’s vision is that all Americans are connected to our holdings. We want people to see them.”

Amazon is expanding the Astro's abilities for both home and business

Only Murders in the Building Season 2 Trailer: [Spoiler] Returns