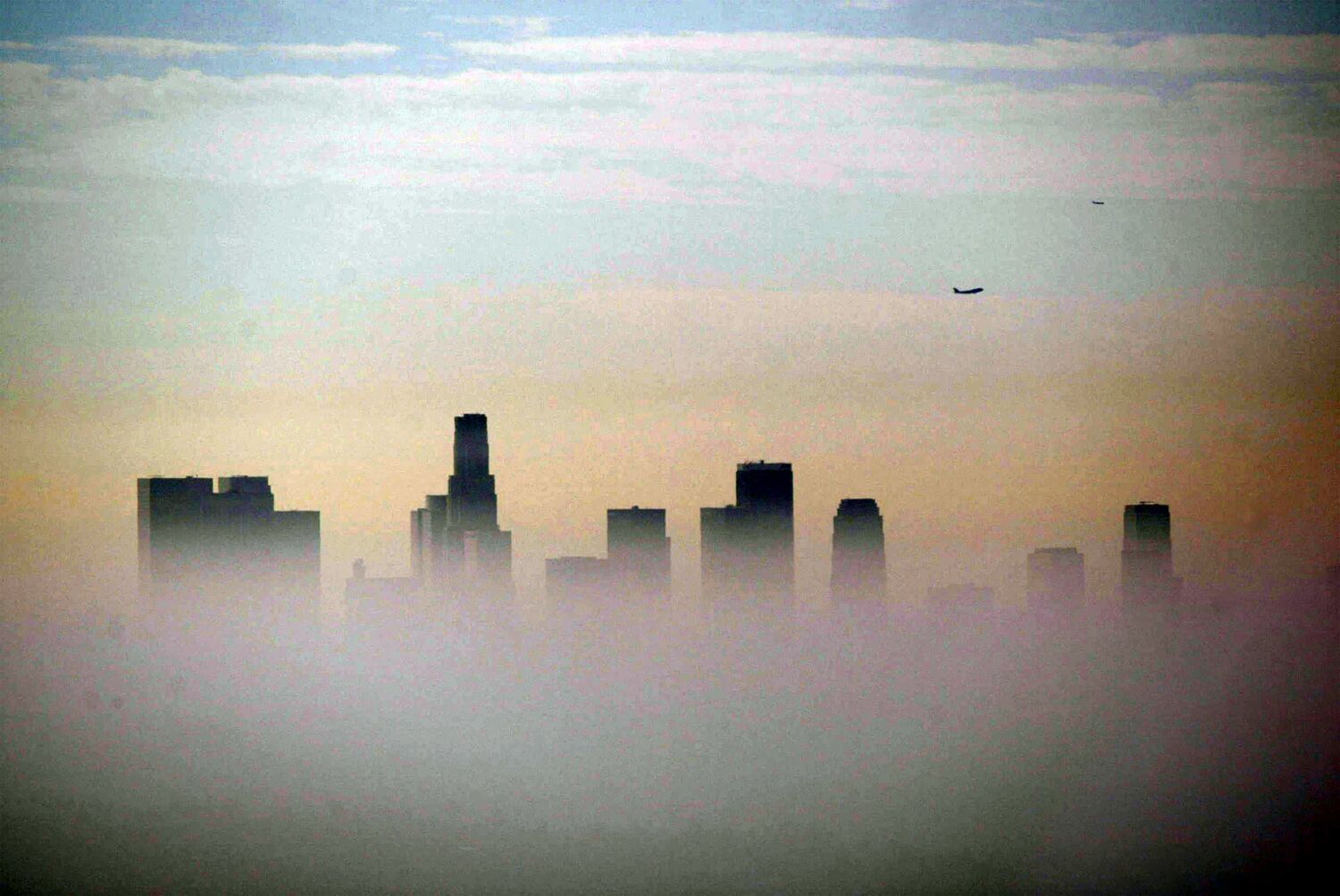 Southern California’s air regulators have approved a sweeping plan to reduce pollution in the nation’s smogdiest region over the next two decades, but say they cannot meet national air quality standards without federal action.

The board of directors for the South Coast Air Quality Management District voted 9-2 on Friday to approve a nearly 5,000-page plan intended to serve as a roadmap for how the air district plans to meet the 2015 federal standard for ozone (lung)-aggravating haze , commonly known as smog).

In the extensive report, the Air District outlines dozens of potential actions that could reduce smog-forming nitrogen oxides and bring the region closer to meeting the 2015 ozone standard, which it must meet by 2037. But Air District officials said those proposals alone wouldn’t help the region meet that goal, and begged the US Environmental Protection Agency to curb pollution at ports, rail yards and airports — all of which fall under federal authority.

To meet the 2015 standard, nitrogen oxides — produced by burning fossil fuels — must be limited to 60 tons per day throughout the air basin, according to estimates by air district officials. For comparison: in 2018, 351 tons of nitrogen oxides were released every day, last year the air district calculated these emissions. Only 14% of this came from fixed sources that the Air District can regulate, such as refineries, power plants, and buildings.

The California Air Resources Board is expected to significantly reduce mobile sources under its jurisdiction and recently approved a landmark 2035 ban on the sale of new gas-powered cars.

However, despite existing state and local regulations, nitrogen oxide emissions are expected to fall to 184 tons per day by 2037, more than three times the 2015 ozone standard.

About 46% of this is expected to be released from federal sources, including oceangoing vessels, locomotives, airplanes, and interstate trucks.

Sources of pollution among state and local agencies “are getting smaller, but the federal regulatory system is stagnant on high-power mobile sources,” said Sarah Rees, deputy assistant executive director of the South Coast Air District. “And so we really need the federal government to be able to step up. It is simply not possible to reach the standard without action from the federal government – ​​and with substantial action at that.”

However, the impasse continues.

Given the significant gap in meeting the federal standard, the Air District’s plan relies on controversial “black box” measures to reduce the remaining 61 tons per day. Because “extreme” underachievement areas like the South Coast air basin typically have 20 years to meet federal targets, the EPA allows local governments to put a certain amount of required reductions in a “black box” — a category that shows assume that the authorities are relying on the future development of pollution prevention technologies or reductions by the federal government.

The South Coast Air District has historically relied on these heavily, and it remains a strategy that has drawn criticism from environmentalists. In this year’s plan, 58 of the 61 tons in the “black box” were allocated to the EPA.

If the air district can’t convince the EPA to respond to mobile sources, it has other workaround options. Last year, the Air District passed first-of-its-kind regulations for large warehouse distribution centers, requiring facilities to offset or mitigate truck traffic pollution by implementing green measures such as installing solar panels or paying abatement fees.

The Air District is expected to vote on similar regulations for marshalling yards and ports.

The Air District Plan lists 49 potential measures that could help reduce nitrogen oxides and other pollutants, most of which focus on a range of new building codes, industry regulations and incentives for zero-emission technologies.

For industrial sources, the Air Quality Management Plan proposes measures to reduce emissions from large refinery heaters and boilers by 20%. It also calls for the development of a rule that would oblige local incinerators to use low-emission burner systems.

A number of industry and trade association representatives attended Friday’s meeting to express concerns about the cost of retrofitted buildings. Larry McCallon and Carlos Rodriguez, two Air District board members who voted against the plan, called the cost to homeowners excessive.

“I’m still very concerned about the residential part of it [plan] which is about moving all the equipment etc to zero emissions,” McCallon said. “I think that’s going to negatively impact our low-income communities and our seniors who typically live in older neighborhoods.”

Ben Benoit, Chairman of the Board of Directors, acknowledged that parts of the plan still need to be finalized but stressed that the plan is only intended to provide rough guidance for potential emissions reductions.

But her comments were rivaled by environmental leaders and members of heavily polluted areas, who urged board members to consider the potential health benefits, such as preventing 1,500 premature deaths a year and $19.4 billion in healthcare savings from prevented diseases. From the Inland Empire to the Harbor Region, residents described how parishioners suffered from chronic headaches, nosebleeds and asthma attacks.

Marcos Lopez, a Long Beach resident and member of East Yard Communities for Environmental Justice, said residents are waiting for the day when they won’t have to run air filters in their homes or wake up to soot on window sills. And despite the many declarations that this was a matter of federal attention, they urged the Air District to take action.

“We need zero emissions now,” Lopez said. “It is clear that the freight industry’s only concern is lost profits. … Our health is more important.”

Kamala Harris is the Democratic front-runner to succeed Biden