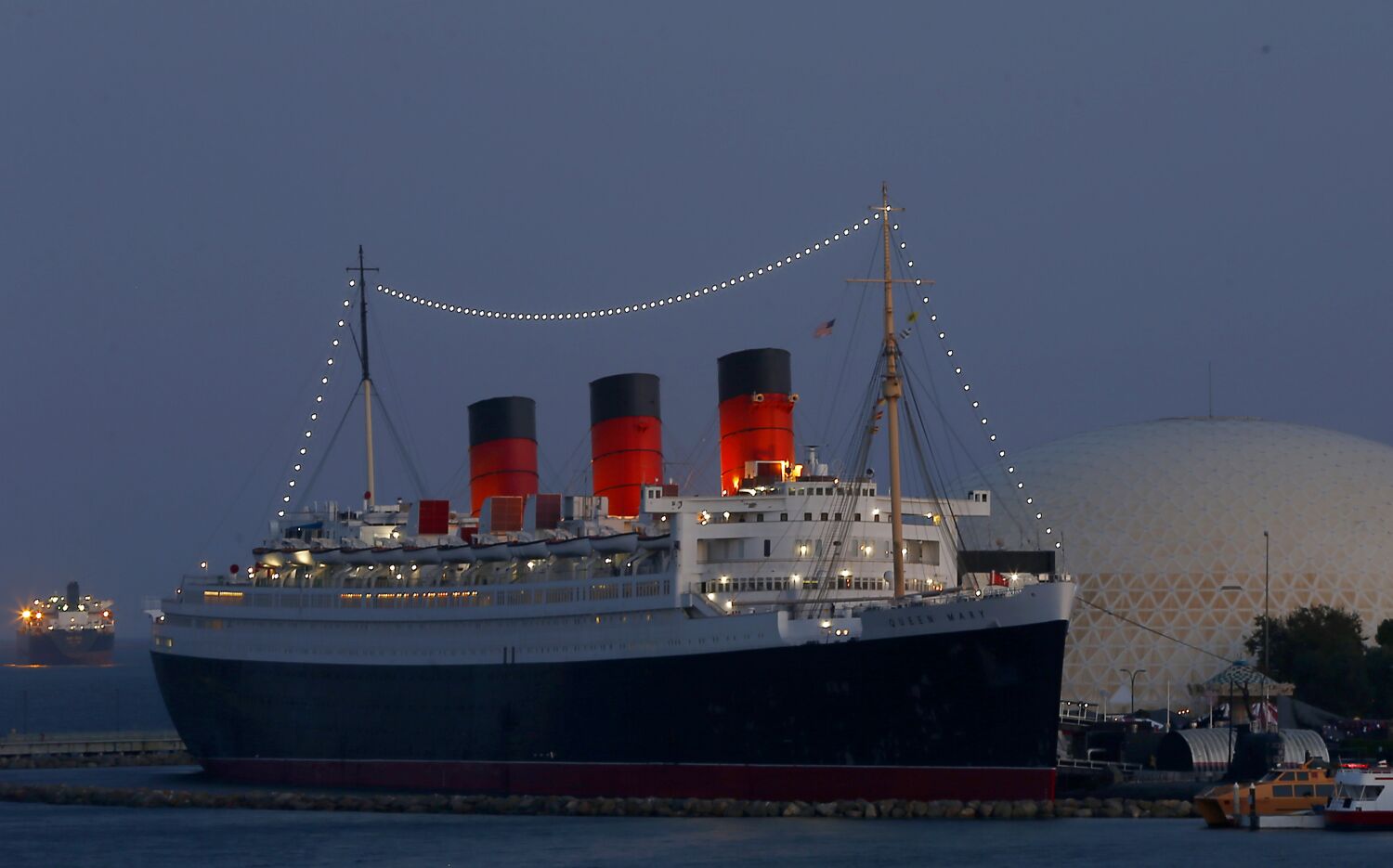 The Long Beach City Council approved $1 million this week to pay for ongoing repairs to the Queen Mary, the latest round of funding to restore the aging tourist attraction.

The city-owned converted British ocean liner was used as a museum, hotel, restaurant and events space before closing to the public in 2020 due to the COVID-19 pandemic.

Prior to the closure, the permanently docked ship was in poor condition and threatened to sink without urgent maintenance, inspectors noted.

The partial reopening of the Queen Mary, previously scheduled for October, is slated for later this year.

As of 2017, studies have estimated the ship will require up to $289 million in renovation and modernization work to protect parts of it from flooding. The Queen Mary needs $23 million in immediate repairs to keep it from capsizing, according to inspection reports released last year by Elliott Bay Design Group, a city-contracted shipbuilder.

The task of getting the ship into shape began earlier that year when the city council approved $5 million for essential repairs, including the removal of deteriorating lifeboats that had stressed the ship’s support system and caused “severe cracks.” The lifeboats were to be dismantled after a tender process to identify preservationists or historical groups for restoration failed.

The ship’s previous operator, Eagle Hospitality Trust, filed for bankruptcy protection in January 2021 and abandoned its lease in June of that year after failing to meet several terms of the lease, including failing to maintain the aging ship, the city said.

The city struck a new agreement with Evolution Hospitality in June and has already spent $2.8 million of city funds for plumbing repairs, a new Wi-Fi connection, restoration of handrails and energy-efficient lightbulbs, and work on the ship’s boilers and heat exchangers has begun, the city said in a report presented to council this week.

The $1 million, approved Tuesday in a 5-0 vote, is intended to fund repairs to the ship’s linoleum floor and carpet, refrigerators, elevators and kitchen hoods that filter heat, smoke and grease when cooking. Guest room locks that are known not to work will also be replaced, the report said.

The cost is expected to be offset by revenue already generated from special events and filming on the ship, the city said.

Before the pandemic, the ship generated $3.3 million annually in tax revenue from its operations as a hotel, concert and festival venue, and film location.

The ship has been used as a filming location for historical plays such as Pearl Harbor and The Aviator, as well as television series such as Baywatch and Charlie’s Angels. Recently, popular music festivals such as the Tropicália Music & Taco Fest have been held at the venue in the shadow of the ship.

North Korea Fires 3 Missiles Including One Triggering Alarm in Japan

Column: This Philadelphia tradition is rising in the poles

5 things to know this Friday