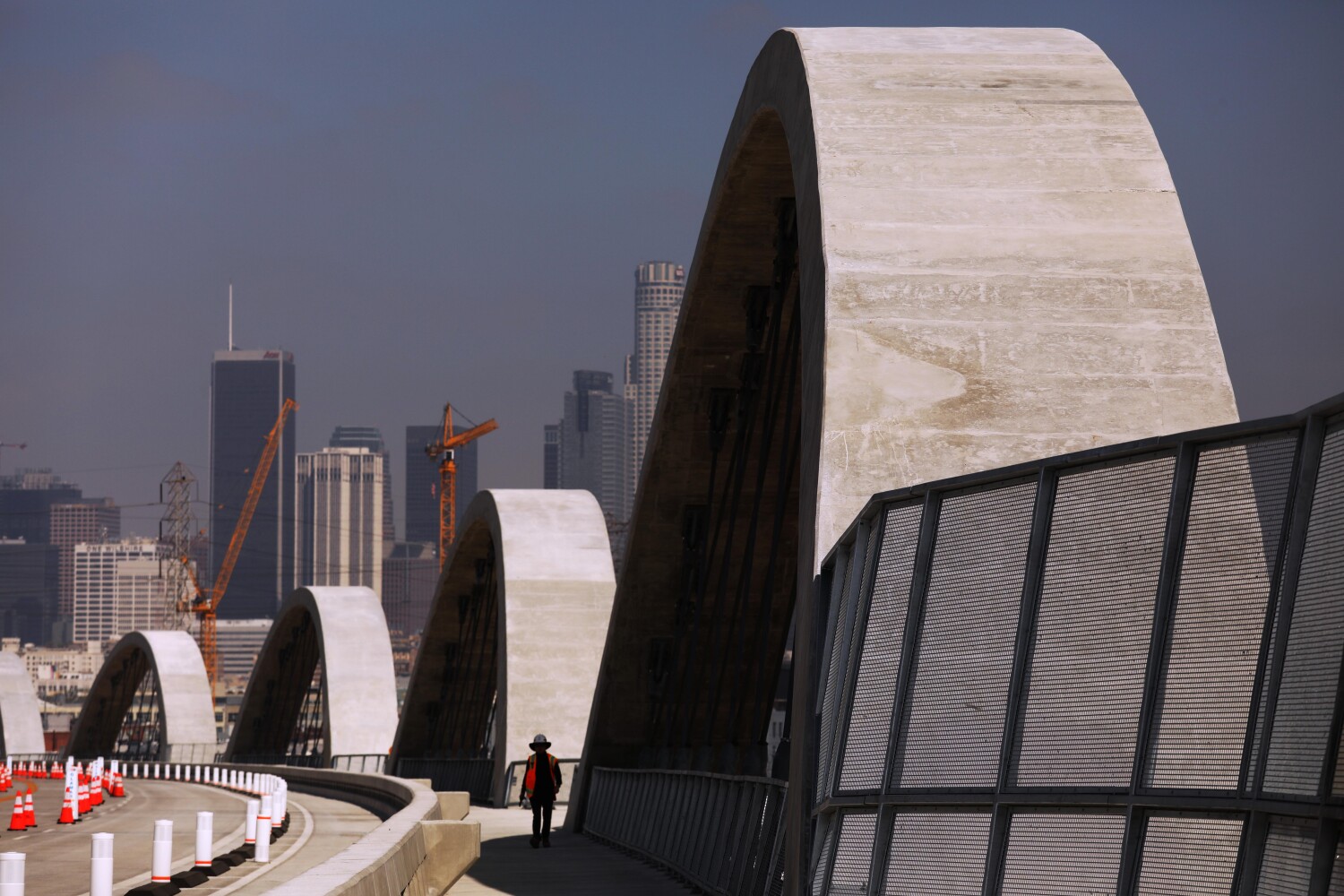 The grand opening of the 6th Street Viaduct project in Los Angeles begins Saturday with a community celebration and continues through the weekend.

The four-lane bridge will connect Boyle Heights and the Arts District across a 3,060-foot width spanning the Los Angeles River, the 101 Freeway, railroad tracks and Metrolink tracks.

Dubbed the “Ribbon of Light,” the $588 million project is considered the largest bridge project in the city’s history and took six years to complete, with delays due to COVID-19.

“After more than six years of closure, we are excited to reopen the newly constructed Sixth Street Viaduct and usher in a new era for Los Angeles,” City Councilman Kevin de León said in a press release. “This celebration is a tribute to the years of dedicated work that went into creating one of the most inspirational public works projects in our city’s history.”

To mark the completion of this project, the city will celebrate for a weekend. There will be a formal ribbon-cutting ceremony at the bridge on Friday, at which city officials will hold a press conference. The media event is scheduled for 3:30 p.m. and will include LA Mayor Eric Garcetti, Councilman De León and City Engineer Gary Lee Moore.

The community celebration, which is open to the public, begins on Saturday.

According to the 6th Street Viaduct Replacement Bureau of Engineering, around 15,000 residents are expected to attend Saturday’s event, which will feature live music, food, a market, a vintage car exhibit — including a lowrider tribute — and more.

Saturday evening ends with fireworks and the official lighting of the bridge.

Residents who were unable to obtain tickets may attend the Sunday community events, which do not require tickets. The gates will open at 11am for bicycles and pedestrians only. Pedestrians are asked to walk on the sidewalks, while bicycles have access to the lanes.

The bridge will officially open to cars at 7pm on Sunday.

The original 6th Street Viaduct, built in 1932, was a Los Angeles architectural landmark that was featured in films such as Grease and Terminator 2: Judgment Day. The new viaduct was built to replace the original, which was deemed “seismic and beyond repair” and demolished in 2016.

The new bridge was designed by architect Michael Maltzan, who focused on “creating something that could weld the city together in a more consistent way”. The bridge’s design was selected by the Bureau of Engineering in an international design competition.

Beginning in 2023, the Bureau of Engineering will begin construction of a 12-acre park below the bridge. According to a press release, Sixth Street Park will cost an estimated $40 million and will “provide access to the Los Angeles River, public art, recreational programming and more.”

Oregon Ducks get commitment from QB Dante Moore, No. 8 college football recruit for 2023

'The Bold And The Beautiful' Spoilers: John 'Finn' Finnegan (Tanner Novlan) Already Trying To Find A Way Out! - Wants To Be Back With His Family