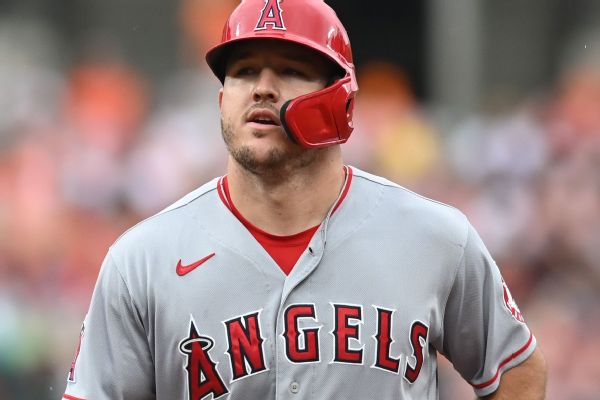 Los Angeles Angels star Mike Trout will not return if he can be taken off the injured list on Monday.

Trout, who is struggling with a left chest infection, has not played since July 12. He was a late scratch from the lineup in the Angels’ 7-1 loss to the Los Angeles Dodgers last week before the All-Star break.

Senior athletic trainer Mike Frostad told reporters Saturday that Trout had a cortisone shot in his back Thursday.

“The injection was made into the joint where the rib meets the spine,” Frostad said. “So it’s quite difficult to get into that area and he just has to let the cortisone work. He’s doing some non-rotation stuff right now.”

Frostad said Trout will be there day-to-day as the Angels continue to investigate the racket, who said he’s been dealing with the issue since earlier in the month.