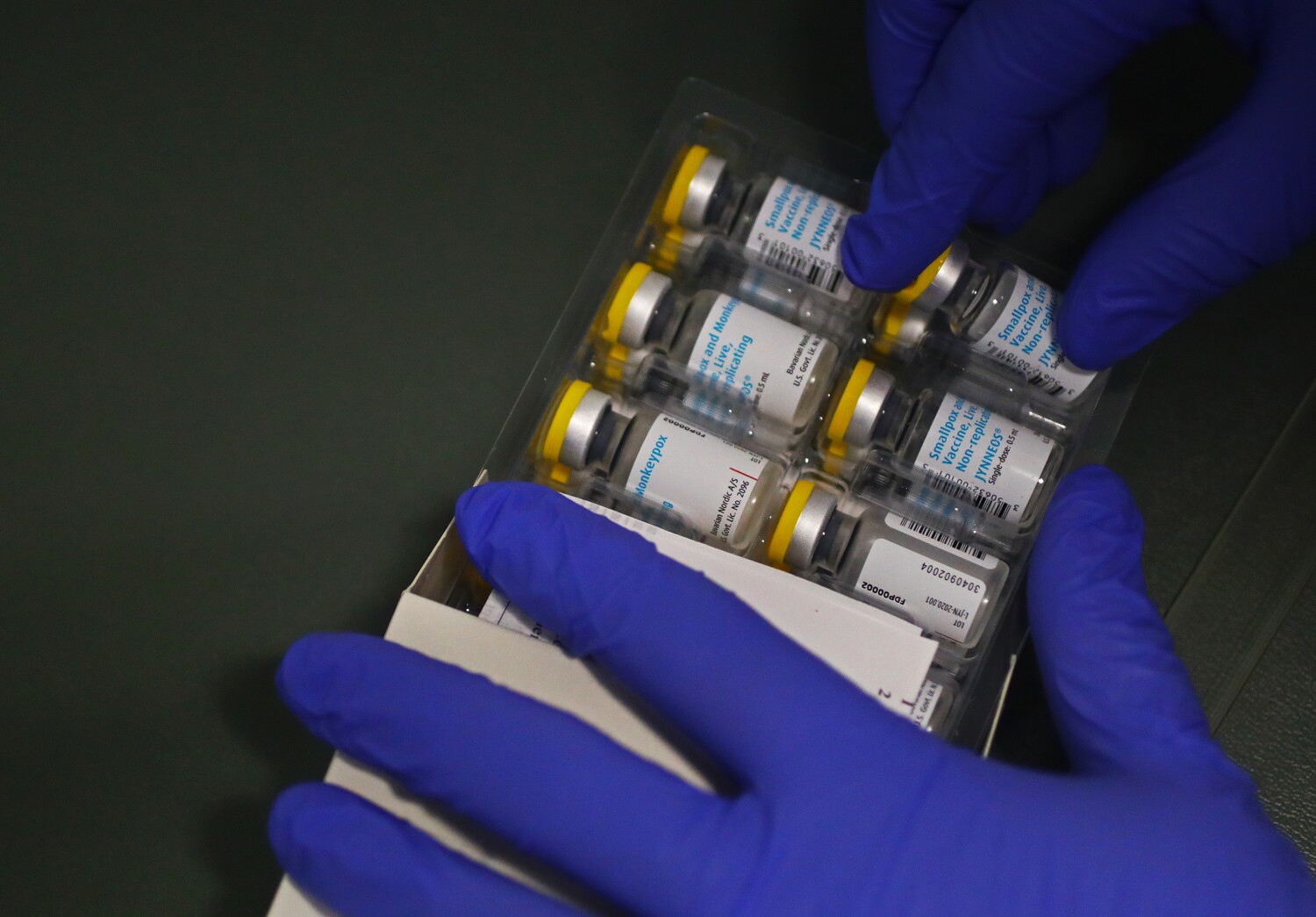 With nearly 10,000 new monkeypox vaccines on hand and another 7,000 pledged, Los Angeles County has once again expanded vaccination approval requirements — although availability is still a long way from vaccinating everyone at risk or interested in protection.

“The federal government’s supply of the Jynneos vaccine has been and continues to be extremely limited,” said Andrea Kim, the county’s director of vaccine-preventable disease control.

She said the new eligibility requirements, which include people who have recently visited or worked at a commercial sex venue, along with gay or bisexual men and transgender people who have certain sexually transmitted disease diagnoses, still follow state and federal guidelines to “priority to those at higher risk.”

Kim said the outbreak in Los Angeles County continues to spread primarily among men who have sex with men and transgender people, mirroring how the virus is spreading to other cities and around the world — although anyone can be infected.

The number of monkeypox cases in LA County has doubled over the past week, with 120 confirmed or probable cases as of Tuesday, according to the Health Department.

While the virus is still considered a low risk to the general public, LGBTQ leaders continue to sound the alarm about the rapid spread of monkeypox in queer communities and call for a better and broader response to the virus.

Kim said Tuesday the county has received more than 17,000 doses of the Jynneos vaccine, which can be given up to 14 days after exposure. However, the county has administered or distributed only about a third of the current supply — 5,400 doses — to local clinics, she said. About 7,000 more doses are expected to arrive this week.

The vaccine is a two-shot series given about four weeks apart, and people are considered fully protected two weeks after the second dose, according to the CDC.

In addition to those who have had direct contact with a known case of monkeypox or attended an event at high risk of exposure — the groups who have been eligible for vaccinations since the virus was first confirmed in LA in late June — officials expanded eligibility to include those who Visited or worked in commercial sex bars or similar places that involve anonymous sex with multiple partners in the last 21 days.

The new criteria also include gay or bisexual men and transgender people who have been diagnosed with gonorrhea or early syphilis in the past year. Previous guidelines required a diagnosis within the last three months. Also still eligible for the vaccine are patients being treated for HIV.

The county has also launched an online form to show how best to obtain the vaccine. Residents can call 211 for information about monkeypox, including signing up for a vaccine.

Officials are urging those at high risk of exposure to examine themselves and any sex partners for signs of infection — such as rashes, bumps, blisters and pus-filled sores — and seek medical attention if necessary. Other symptoms can include fever and headache, pain and swollen lymph nodes.

No one in the US has died from monkeypox, and hospitalizations remain rare, but many men have reported severe pain from the lesions, and symptoms can last up to four weeks.

No Man’s Sky Endurance update focuses on freighters and fleets