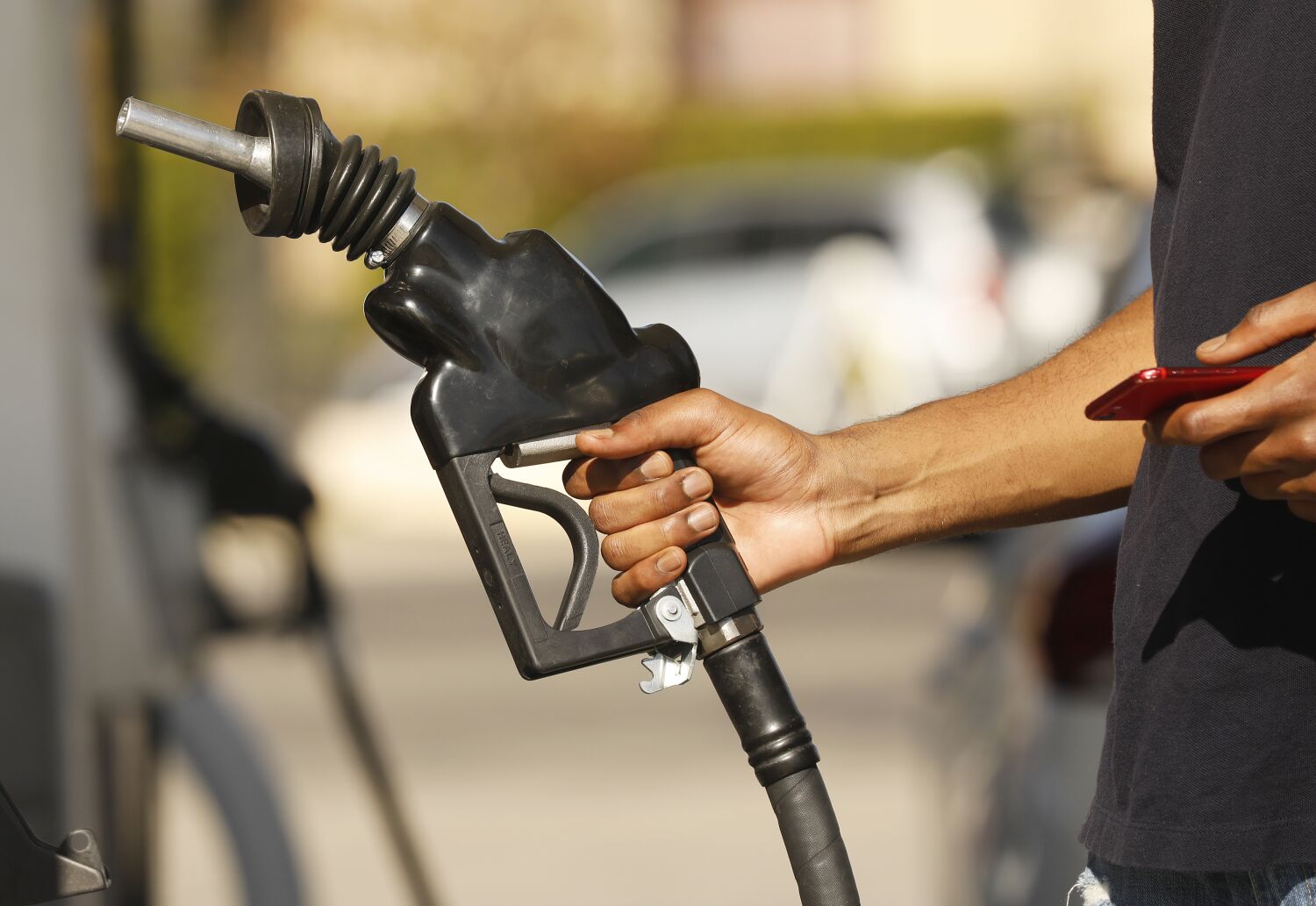 After gas prices fell for 98 straight days, the trend reversed last week due to supply problems stemming from problems at West Coast and Midwest refineries, according to AAA.

The nationwide average for a gallon regular rose 1 cent on Monday to $3.72 — down from the record $5.02 set in June but still higher than $3.19 a gallon a year earlier.

In LA County, the average price for regular fuel was $5.43 a gallon a week ago and $4.41 this time last year. The highest regular fuel price in the county was $6.46 a gallon in mid-June.

The rise in gas prices comes as Californians who qualify for the gas price relief program prepare to receive one-time payments of up to $1,050 between next month and January.

In June, Gov. Gavin Newsom and other lawmakers agreed on a $9.5 billion tax refund program aimed at providing motorists with financial relief given that gasoline averages more than $6 a gallon.

To qualify, residents must have resided in California for six months or more in 2020, filed their 2020 tax returns by October 15, 2021, and not have a dependent claimed in 2020. You must also be a California resident on the date the payment was issued. Payments are limited by income.

Problems at refineries on the west coast and in the Great Lakes and Plains regions have contributed to gas prices rising even as oil prices have fallen, according to Patrick De Haan, head of petroleum analysis at GasBuddy.

A fire and explosion at a BP refinery in Toledo, Ohio last week killed two workers, prompting the plant to close.

De Haan said that despite supply problems in other parts of the US, gas prices in the Northeast and Gulf Coast are relatively stable. In the coming weeks, gas prices will continue to differ regionally until refining issues are resolved, he said.

“I don’t know if I’ve ever seen a wider range of price behavior from coast to coast in my career,” De Haan wrote in a blog post Monday. “A host of unexpected refinery disruptions, including fires and routine maintenance, all appear to have happened in a short space of time, causing wholesale gas prices to skyrocket in areas of the West Coast, Great Lakes and Plains states — and some of these.” Areas could see prices rise another 25-75 cents a gallon or more until problems are resolved.

De Haan also said Tropical Storm Ian, which is expected to hit Florida with rain and strong winds, could disrupt refineries and further contribute to the gas surge.

Tom Kloza, one of the founders of the Oil Price Information Service, said Monday that in more than 40 years in the industry “I’ve never seen such diversity in US gasoline prices.”

“Taxes and other fees, Southern California at the refinery gate brings in $4.60/gallon,” he tweeted. “Gasoline on the Gulf Coast this morning at $2.36/gallon. The western isolation of refineries east of the Rocky Mountains and overseas is extreme.”

Gas prices across the country rose to over $5 a gallon in June and to over $6 in California in June as an increase in travel and Russia’s war in Ukraine pushed oil prices higher.

As families struggled with the financial strain, President Biden sought to lower gas prices by releasing millions of barrels of oil from the nation’s petroleum reserves.