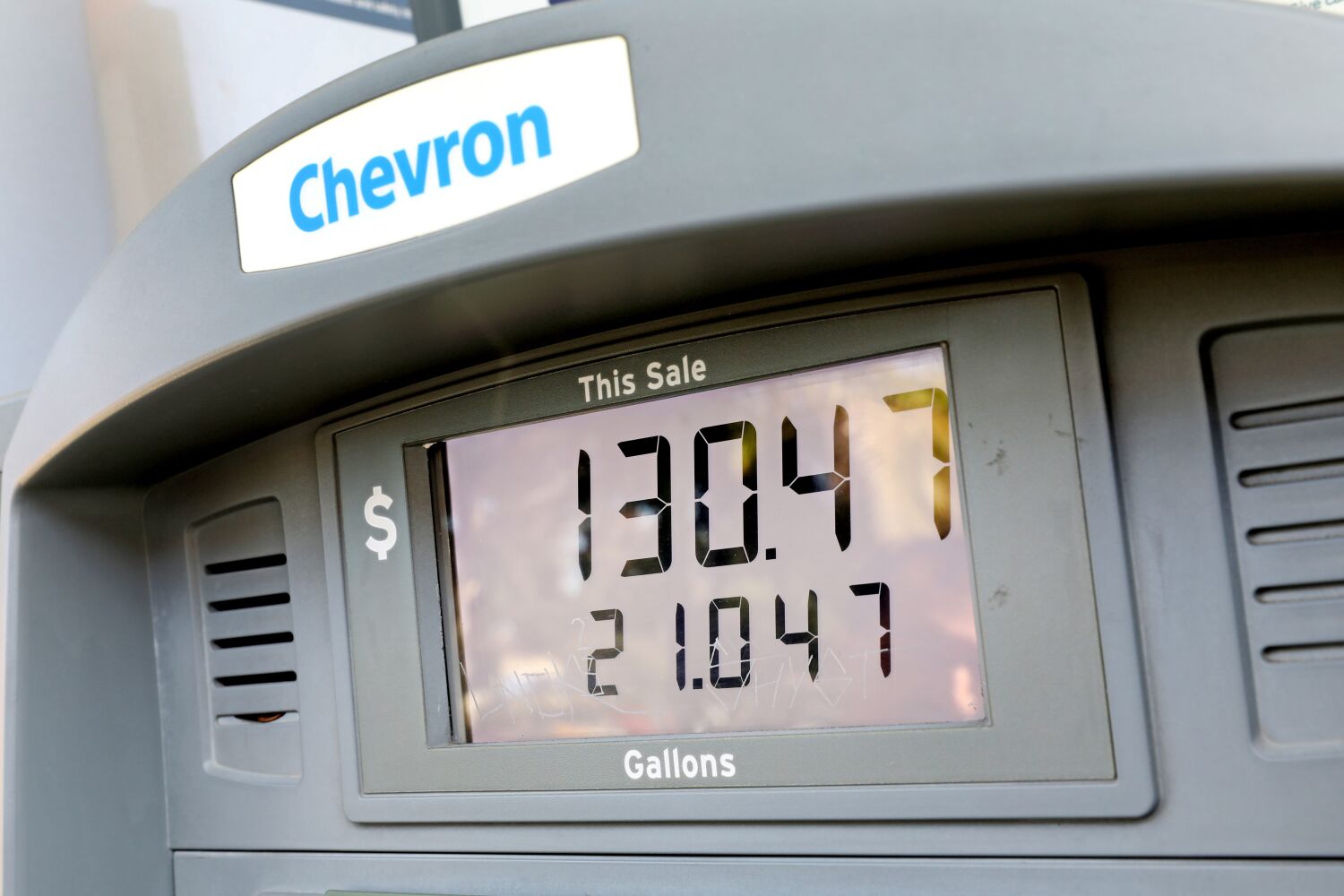 Gas prices in Los Angeles are already on the rise, up another 15 cents in the last 24 hours, according to data from American Automobile Assn.

The average price for a gallon of regular gasoline in the Los Angeles area hit $6.26 Thursday morning, just 20 cents below the region’s all-time high set earlier this summer as fuel prices continued to soar. On Wednesday, the median price was $6,108.

Gas prices have already risen this week on supply problems at West Coast and Midwest refineries after nearly 100 days of falling gas prices across the country.

“Planned and unplanned maintenance issues at refineries have strained fuel supplies [California]said Anlleyn Venegas, a spokeswoman for the Automobile Club of Southern California. “West Coast fuel stocks are at their lowest level in about a decade, according to reports [the U.S. Energy Information Administration].”

According to the AAA, a majority of California counties expect prices above $6 a gallon on Thursday. The lowest average price was $5.77 in Sutter County, just north of Sacramento. Mono County, along the Nevada border, has the highest average price at $6.84 per gallon.

The state average was $6.18 a gallon, which is still significantly higher than a year ago when average prices were just under $4.40, according to the AAA.

Prices in the US are also up, with the national average hitting $3.78 on Thursday, up about 10 cents from a week ago.

Venegas said Californians could see some relief at the pump in November as winter blend fuels, which are typically cheaper to produce, hit the market.