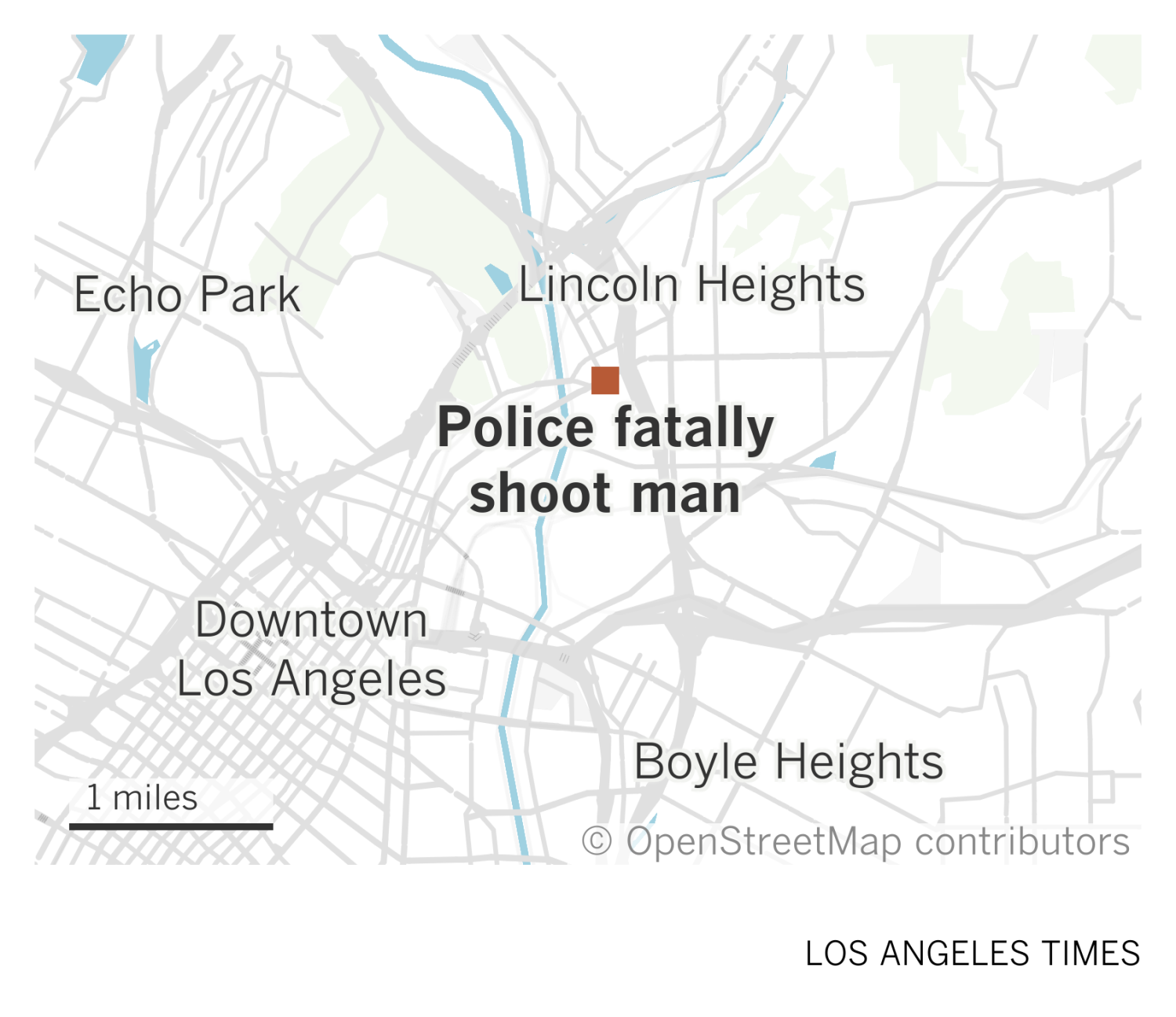 Los Angeles police fatally shot a man in Lincoln Heights Wednesday morning after he allegedly pointed a gun at them, authorities said.

An officer was investigating an accident near Broadway and 18 Avenue around 11 a.m. when a passerby showed up and told him that a man with a gun was down the street, according to Los Angeles Police Department.

After the officer called for backup, Hollenbeck station units responded and approached the man near Broadway and 19 Avenue, police said.

The man pulled out a pistol and pointed it at officers, police said. At least one officer shot him.

Paramedics took the man to a hospital, where he was pronounced dead, police said. A firearm believed to belong to the suspect was found at the scene.

Police did not say how many officers opened fire and further information about the shooting was not available Wednesday.

It was the LAPD’s 23rd shooting that year and the 10th fatal. There were six shootings this month, more than a quarter of this year’s total.