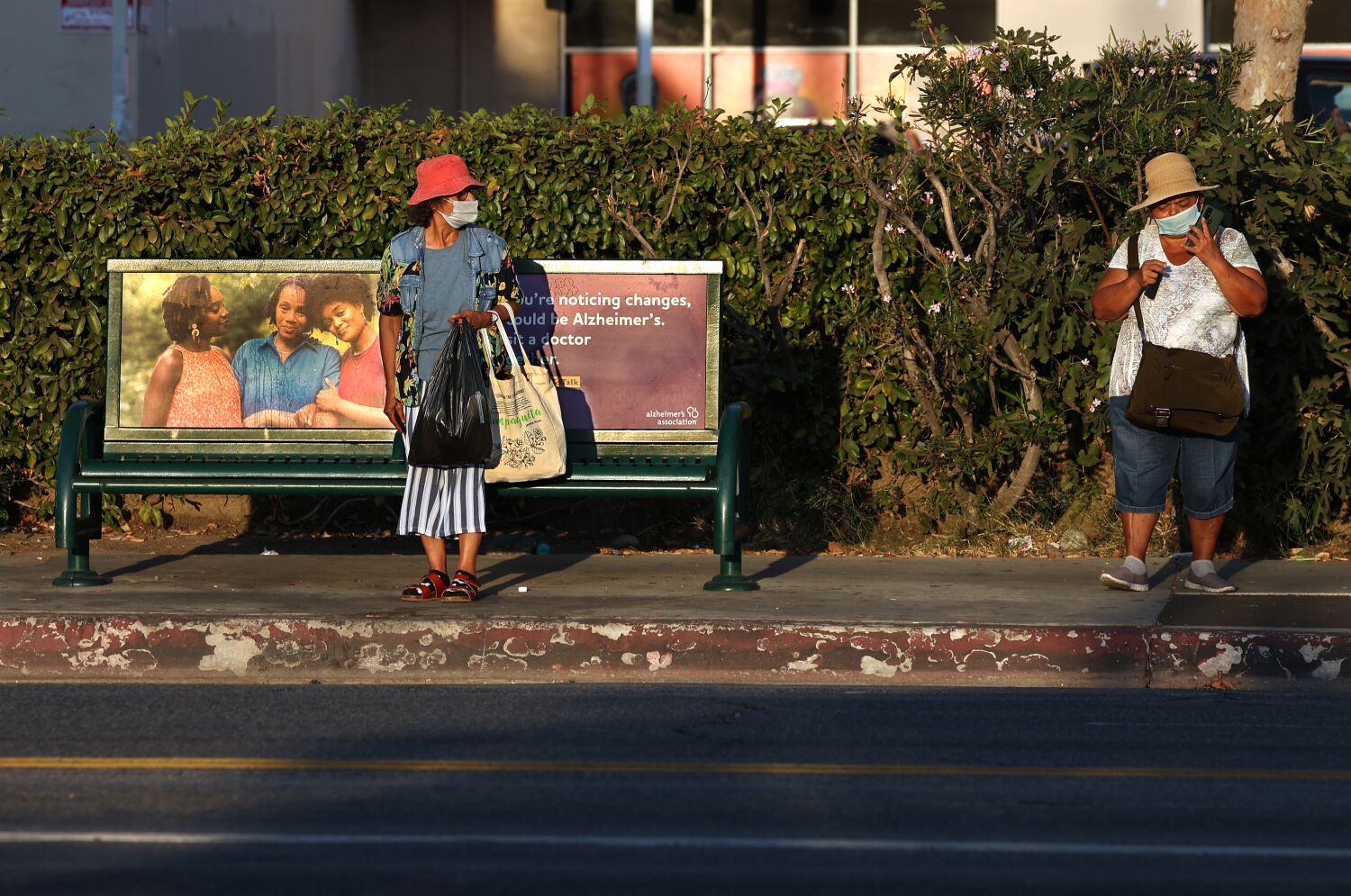 Thousands of bus shelters could be added to Los Angeles streets over the next decade under a promotional deal approved by the city council this week.

On Tuesday, the council voted 12-1 to give the Tranzito-Vector joint venture a 10-year deal to advertise on hundreds of bus stops in exchange for installing and maintaining 3,000 such structures across the city.

In Los Angeles, less than a quarter of the 8,000 bus stops have bus shelters. The move would significantly increase shade for bus drivers who are forced to wait in the sun, as heatwaves are expected to become stronger and more frequent with climate change.

But critics say this opens the door to more digital advertising, which neighbors see as an eyesore, and reliance on funding from those advertising that could be elusive.

The company promises to improve the experience for bus drivers with real-time transit data, more shade and protection from rain, and has plans for possible scooter and bike docks. The goal is to shade at least 75% of transit users, with locations largely determined by urban planners based on the area’s heat index, transit use, and economic needs.

“This is a major step forward for the City of Los Angeles in creating a transportation system that serves our most disadvantaged residents,” Councilman Bob Blumenfield said ahead of the vote.

Under the terms of the deal, Los Angeles will pay $237 million to build the bus shelters, but will earn 60% of all advertising revenue from it — an expected $639 million over the life of the deal. The city hopes the contract pays off, but that will depend on a tumultuous advertising market that has some council members worried.

“I can’t commit to what I believe is a contract that I already see showing signs of unfulfilled promises,” said Councilor Monica Rodriguez, the only dissenting vote.

To date, the city has identified more than $36 million in available funds. Of that, $30 million would come from a city trust fund that would have to be repaid. Officials are seeking more funding from state and federal grants.

Planned to be installed at a rate of about 600 per year over a five-year period, the shelters would feature e-paper screens with real-time bus information. About 700 would have digital advertising screens.

Some communities reject the displays.

“This is contrary to public safety as digital signs are known to increase traffic accidents,” said Marian Dodge, chair of the Federation of Hillside and Canyon Associations. “Billboards lower the real estate value of houses nearby.”

But for those who use the bus, like attorney Lilibeth Navarro, it’s an easy compromise.

“What are the problems with bus stops? The abuse of advertising? This is not as significant as the advantages of the bus [shelters]said Navarro, founder of Communities Actively Living Independent & Free. People with disabilities often rely on them to get around.

Wilson, Gray lead US to 77-63 win over China in World Cup

Suspect in Seattle shooting that left one dead, six hurt found not guilty

What’s the status of everyone on the L.A. City Council?