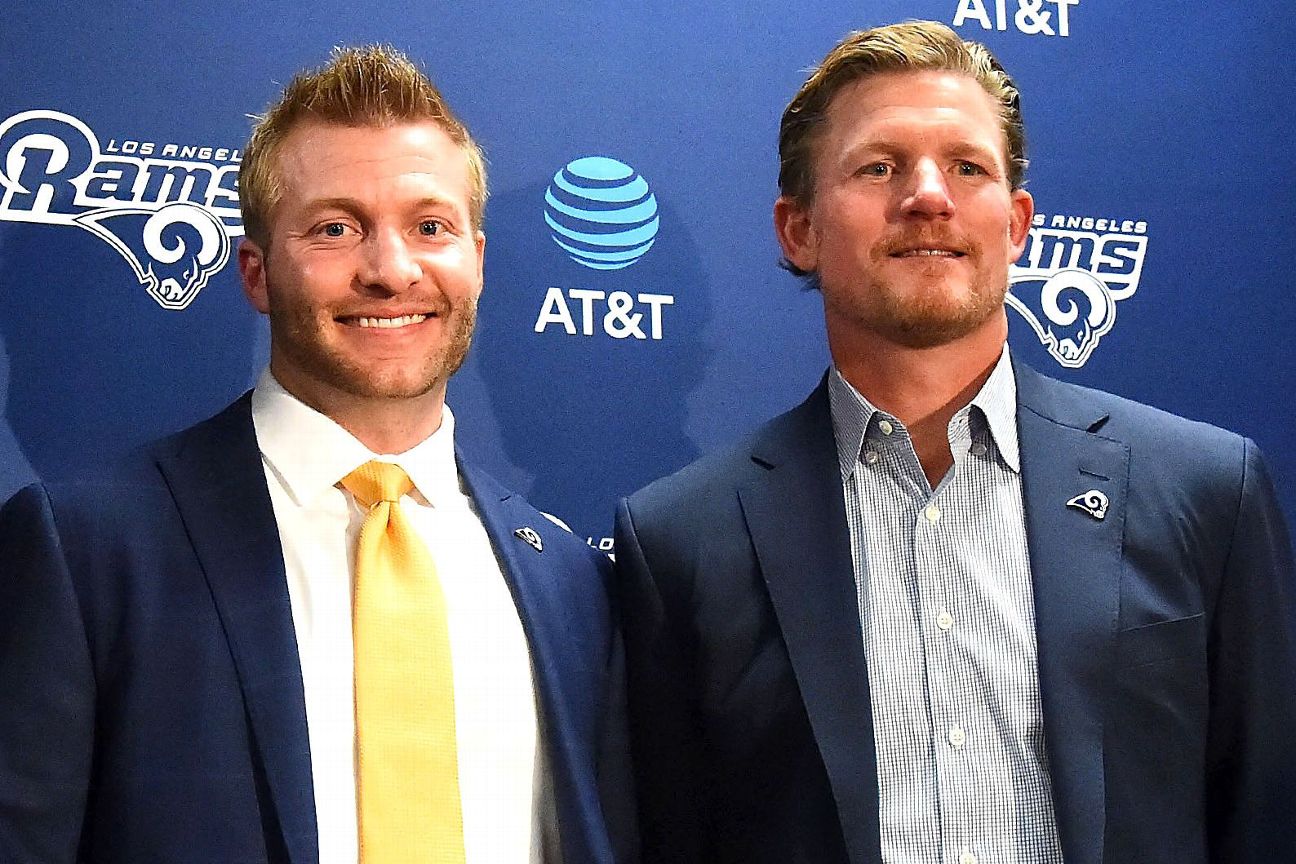 The Los Angeles Rams on Thursday extended the contracts of head coach Sean McVay and general manager Les Snead through the 2026 season.

McVay said in early August that he had signed an extension, but the team is waiting to make it official until Snead signs.

The Rams, led by McVay and Snead, are coming off a Super Bowl LVI win and their second Super Bowl appearance since McVay’s tenure in 2017. They open the NFL season Thursday night against the Buffalo Bills.

“As an organization, we constantly strive to improve every day. It takes selflessness, dedication and great leadership throughout,” Rams owner Stan Kroenke said in a statement. “Sean and Les embody that mindset. They have been critical to many of our achievements that go beyond wins and losses. They embody the mantra ‘We not me’ that permeates the entire organization. Your renewals are well deserved.”

McVay, the youngest head coach in modern NFL history when hired by the Rams, has led Los Angeles to a 55-26 record in five seasons.

“As I have always said, with the tremendous support of the owners, the Rams players, coaches and staff are committed to achieving something bigger than themselves,” McVay, 36, said in a statement.

Snead joined the Rams as general manager in 2012 and the franchise is 86-74-1 in its 10 seasons at the helm. In 2016, Snead advanced from the 15th pick to the first overall pick on the draft board to take on quarterback Jared Goff.

His recent blockbuster trades have included the addition of quarterback Matthew Stafford in January 2021 and linebacker Von Miller in November 2021. He also signed wide receiver Odell Beckham Jr. midseason, another crucial element in the Rams’ playoff run and the Super Bowl Victory.

Snead and the Rams’ front office also made several major contract extensions this offseason, signing Stafford and wide receiver Cooper Kupp for the 2026 season and revising defensive tackle Aaron Donald’s contract to make him the highest-paid non-quarterback in the NFL close.

“We’ve developed a special team, a special organization and a special culture at the Rams, and we’ve done it with special people,” Snead said in a statement. “I look forward to continuing our mission and am especially grateful to Stan for giving us the opportunity to do so.”

Did you spot this CGI mistake in 'House of the Dragon'?