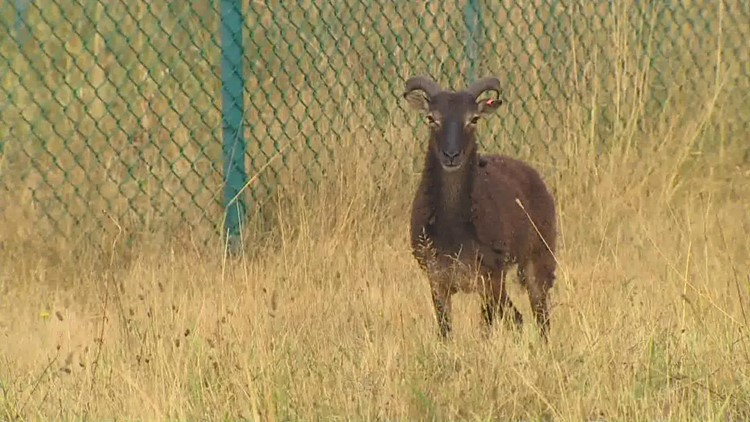 While the fire department is looking for the owners of the ram, the ram gets along well with the two station goats.

GRAHAM, Wash. — Graham firefighters rescued a stray ram wandering the streets last week. Though they’re reluctant to give it a name.

“We’re calling it ‘Graham Ram’ right now,” said Graham Fire & Rescue Capt. Andrew Kolabis. “I think maybe for fear of attachment we haven’t given it a name yet.”

Last Monday, a firefighter said a neighbor had caught a ram in his backyard.

Members of nearby Station 96 locked it up and called the district.

“Animal protection said they could pick it up in a couple of days, but they said they’d probably put it down in the end,” Kolabis said. “We’re already attuned to animals like this, so it seemed like a pretty natural thing to just grab it and bring it over here and try to find its owner.”

Instead, he decided to bring the ram back to their station, where the department already has two goats living in a fenced-in area around the station.

For three years the goats trimmed the trees and grass for the station.

Graham Fire & Rescue took to social media to track down the ram’s owners.

In the meantime, the ram gets along with its two new neighbors.

“It seems to fit well. It is very fond of our goats,” said Kolabis.

The goats and now the ram also give something back to the station.

They act as therapy pets.

“Laughter is the best medicine, I think. So it’s always fun to come out, so if you’re feeling down or you have a tough call, you can come out here and … end up giggling no matter what,” Kolabis said.

RHOC: Tamra Judge Blasts Jill Zarin After Confirming Return To The Show-‘Jill Is The Thirstiest B**ch I Have Ever Met’