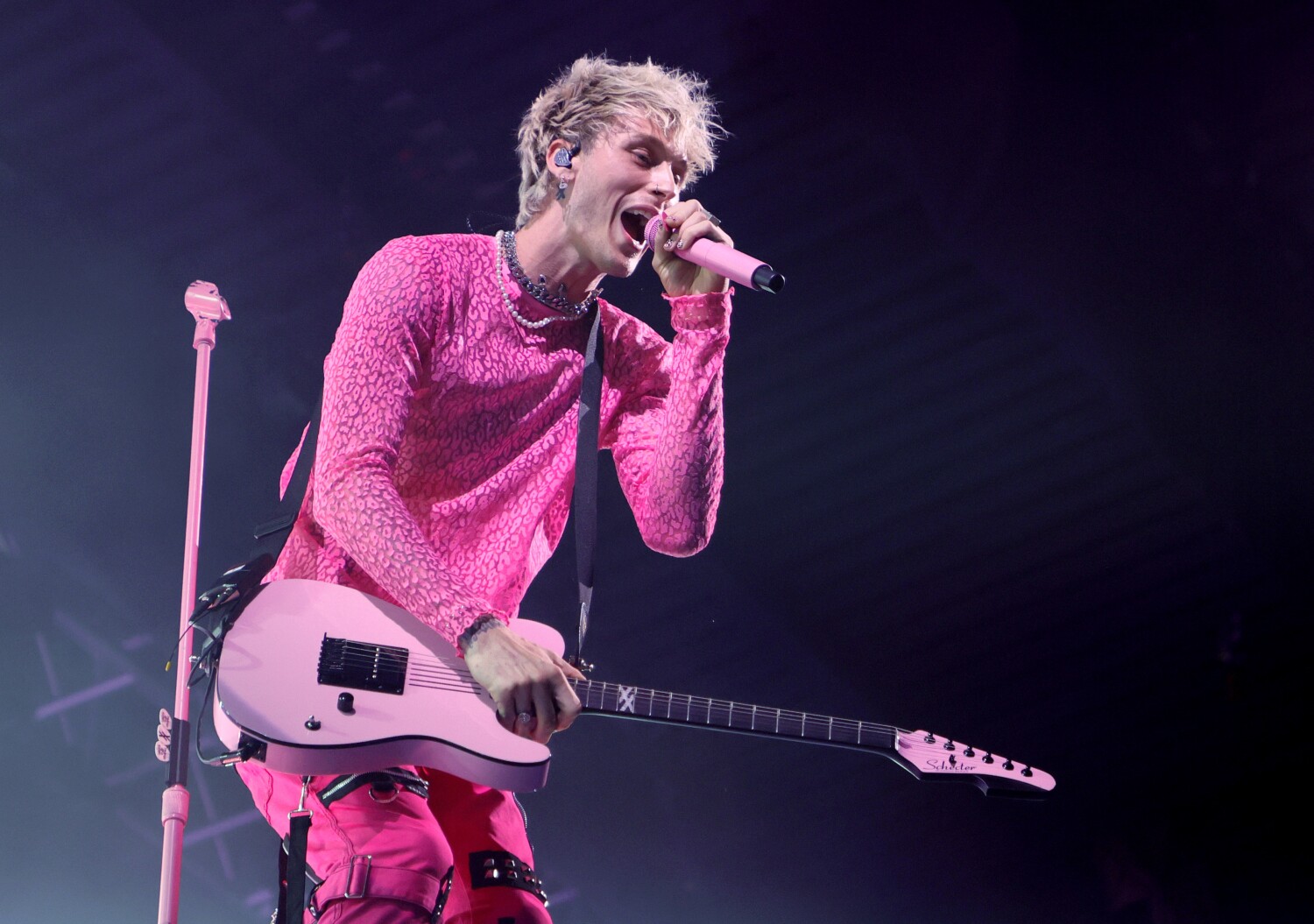 After performing Tuesday night at New York’s Madison Square Garden, Kelly headed to the afterparty at Catch Steakhouse, where he hopped onto a table and gave fans another show — in more ways than one.

In a video titled “And This Is Where Things Taken” and posted to his Instagram Stories, Kelly speaks into the microphone before banging an empty wine glass against his head, much to the audience’s shock. The next video shows blood dripping down his forehead as he sings “My Ex’s Best Friend,” with the caption simply reading “F— it.”

“Oh, s—” he said in another Instagram Story the next morning, squinting at the camera while looking at the dried blood on his tattered face. “Rough.”

Later Wednesday, Kelly posted a bloodied Instagram photo of himself: “NYC you’re my frigging valentine,” he captioned it.

The incident follows Kelly’s new Hulu documentary, Life in Pink, which revealed his suicide attempt while on the phone with his fiancee, actress Megan Fox. As he struggled after his father’s death in 2020, he said he succumbed to paranoia and called Fox, who was in Bulgaria to work on a film, to accuse her of abandoning him.

“I called Megan. I thought, ‘You’re not here for me.’ I’m in my room and I’m freaking out in front of her,” he said in the documentary. “Dude, I put the shotgun in my mouth. And I’m screaming on the phone and, like, the keg’s in my mouth. And I go to cock the shotgun and the bullet when it comes back up just jams. Megan is dead quiet, so to speak.”

Soon after, he said he realized he needed to clear his head and “kick the drugs,” crediting Fox with being his light in the dark.

“Megan became like the sun to me – like the one I revolve around that gives me life and helps me grow,” he said. “It’s like every fairy tale they never told you in school, that they never taught you. The passion between us is like from another world. I know I’ve known her in so many other lifetimes.”

Suspected driver of truck packed with suffocating migrants pretended to be a victim, may have been on drugs

5 Stress Free Games to Play on a Relaxing Night In