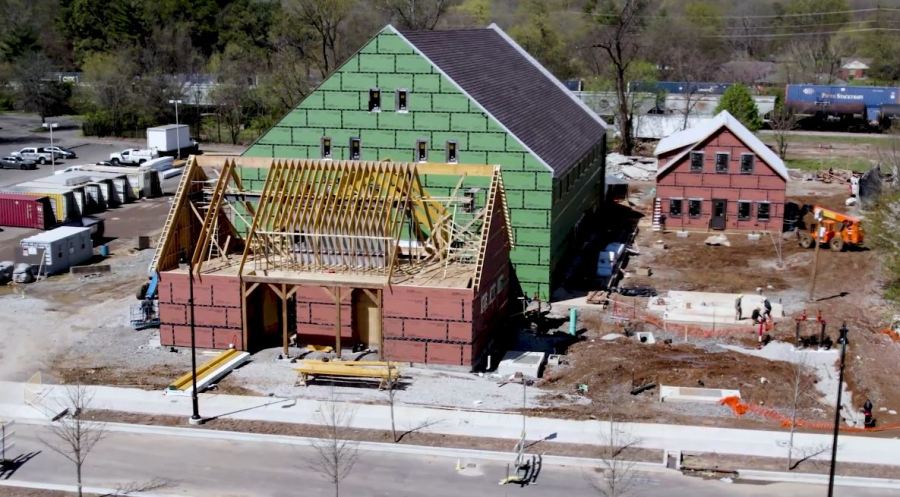 SHVILLE, Tenn (WKRN) – There’s certainly no shortage of music venues in Nashville, but a very unique place is about to open outside of Music City. Timberhawk Hall, previously known as Roots Barn, has now been remodeled and renamed under new ownership.


“I think over the next few years we’re going to see a community that still feels like Nashville but will start its own kind of growth,” Pullella said. “Music and all kinds of creativity are what fuel growth.”

Pullella can’t wait to get cast and fans out the door. The stage will be 40 feet wide and 24 feet deep and will feature state-of-the-art audio equipment and acoustics thanks to 100-year-old reclaimed barn wood. The wood comes from different places, such as North Carolina, some southwestern areas and Oregon, giving it a very rustic feel.

“We’re digging into research on what exactly the story is, because all of this old wood tells us its own story and is really part of the creative process of designing this venue,” Pullella said.


The venue can accommodate 1,000 standing or 600 seated fans. As for the kind of talent fans can expect, Pullella said he wants all kinds. “We’re going to have a very diverse program schedule, I don’t think there’s going to be a part of the community that’s going to feel like it’s not represented in any way.”

Artists like Andra Day and Michael Kiwanuka would be on Pullella’s dream list. “I worked with the Black Pumas at Third and Lindsley so they would be one of them. Others would be Billy Strings, Chris Stapleton and Sturgill Simpson.”

Venue officials said they will announce plans to hire more people in the near future.