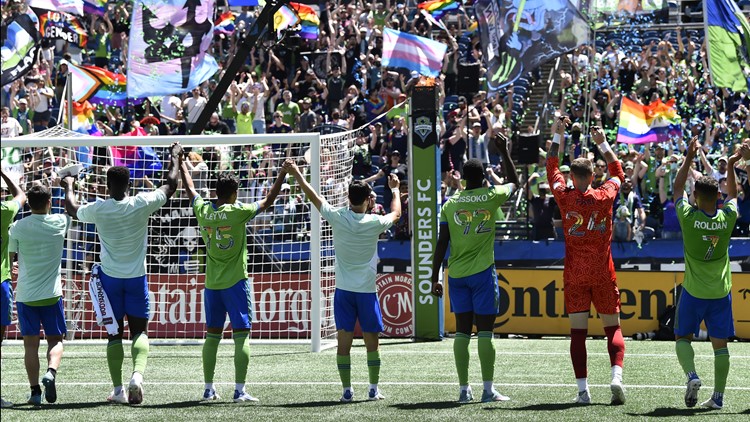 The announcement came on Wednesday, less than two weeks after the MLS Cup and just before the start of the World Cup.

First announced in July, the rights deal allows fans to watch every game without local outages or restrictions. The service will be available exclusively via the Apple TV app in over 100 countries starting next year.

The app can be accessed on Apple devices, smart TVs, streaming devices, set-top cable boxes and gaming consoles, as well as through the Apple website. The package costs $14.99 per month or $99 per season, Apple TV+ offers it for $12.99 per month and $79 per season.

The MLS Season Pass kicks off less than a month before the start of the 2023 season on February 25th with a whole host of games. In that day’s marquee game, defending champions Los Angeles FC meet LA Galaxy at the Rose Bowl. LAFC beat the Philadelphia Union on penalties to win its first MLS Cup title.

All opening weekend games and some during the season are available for free on the Apple TV app.

The league will have a tighter schedule from next season, with most games played on Saturdays at 19:30 local time and some on Wednesdays. MLS is expected to announce their full schedule in mid-December.

Commissioner Don Garber said during his recent State of the League address that MLS is making linear deals after the post-MLS Cup agreements with ESPN and Fox Sports expired. All matches on linear channels are also available in MLS Season Pass.

With the debut of St. Louis CITY SC, the league will feature 29 teams next season. All teams will have an Apple TV sleeve patch on their jerseys, which will be below the MLS logo.

In addition to all regular season and post-season games, the package includes all Leagues Cup games – the competition between the MLS and the Mexican Liga MX – as well as select MLS NEXT Pro and MLS NEXT games.

All matches will be played in English and Spanish, while those involving Canadian clubs are also available in French.

MLS and Apple will unveil announcers and broadcast improvements ahead of launch day.