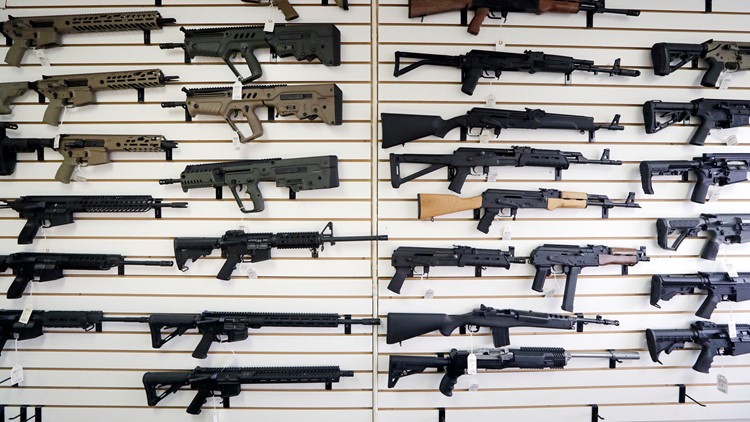 A total of 61% of respondents indicated that they at least partially supported such a ban.

SEATTLE — More than half of people polled in Washington state said they have some support for an assault weapons ban, according to the WA poll results.

Of those surveyed, 61% said they would either strongly or tend to support a ban.

Of the 825 respondents, 44% said they strongly support a ban on assault weapons. Another 17% said they had some support for the idea.

Four percent of respondents said they were not sure about a ban.

Democrats broadly supported the idea, with 75% saying they strongly support a ban and 16% partially supporting it.

Although there was some support for a ban from Republicans, more than 50% said they opposed it, with 44% strongly opposed.

The WA survey was commissioned by KING 5, The Seattle Times, the University of Washington’s Center for an Informed Public, and Washington State University’s Murrow College of Communication, and conducted by SurveyUSA. It surveyed 825 adults from July 6 to 10, 2022. Of these adults, 731 were registered voters. The survey represented Washington state demographics with 47% from the Seattle area, 32% from western Washington, and 21% from eastern Washington.

Photos: Thousands gather for March for Our Lives