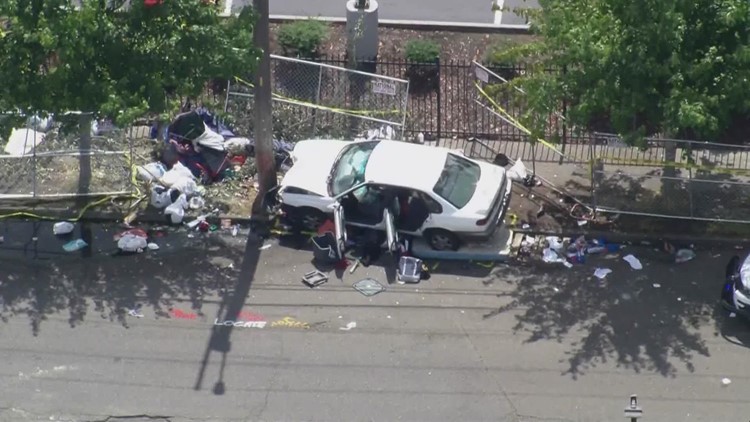 Two people were seriously injured when the car crashed into the tent on Friday.

TACOMA, Wash. — A man in his 20s has been arrested for DUI after allegedly driving a stolen vehicle into an occupied tent on a sidewalk in Tacoma on Friday afternoon.

The occupants of the tent, a man and a woman, both in their 30s, were in serious condition at the time of the crash at the 1800 South 82nd Street area, according to Tacoma Police Department.

The driver was taken to the hospital with life-threatening injuries.

The driver was jailed for two counts of assault and theft of the vehicle.

https://www.king5.com/article/news/crime/dui-arrest-tacoma-tent/281-aff46fe8-a263-4c19-a498-b4814ceb94fb Man arrested for DUI in Tacoma after driving stolen vehicle into occupied tent on sidewalk

Man killed in July 4 explosion in Montebello is identified