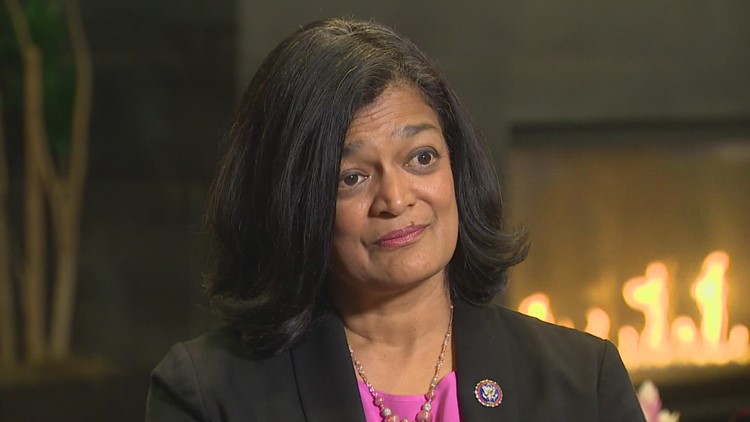 On Saturday night, a man reportedly yelled outside Jayapal’s Seattle home: “Go back to India, I will kill you”.

SEATTLE – According to the Seattle Police Department documentsa man appeared in court for the first time on Monday after allegedly committing a possible hate crime MP Pramila Jayapal (D-7th District) on Saturday night.

A neighbor told police she heard the man screaming, “Go back to India, I will kill you,” documents say. The same neighbor said she saw the suspect’s vehicle drive past Jayapal’s home three times that night.

Another neighbor said he heard a lot of obscene language and thought he heard a “pellet gun” go off.

When police arrived, they said they found the man in the middle of the street with his hands up and a pistol holstered on his hip. Police wrote the man “knew who lived at the residence and wanted to pitch a tent on their property. The victim (person said) he was targeting was of Indian descent.”

In a statement, Jayapal confirmed that the incident occurred at her home while she was present. As the investigation is ongoing, Jayapal declined to comment further on Monday.

King County prosecutors asked for $500,000 bail because the suspect poses a “community threat.” He is currently in the King County Jail awaiting a formal charge.

Prosecutors said there was probable cause to charge the man with hate crimes.

According to prosecutors, this would be King County’s 10th hate crime report this year. In May, the King County Attorney’s Office said it had support from leadership to fund two full-time positions dedicated to prosecuting hate crimes.

Despite scandals, key California politicians glide toward reelection. Here’s why.