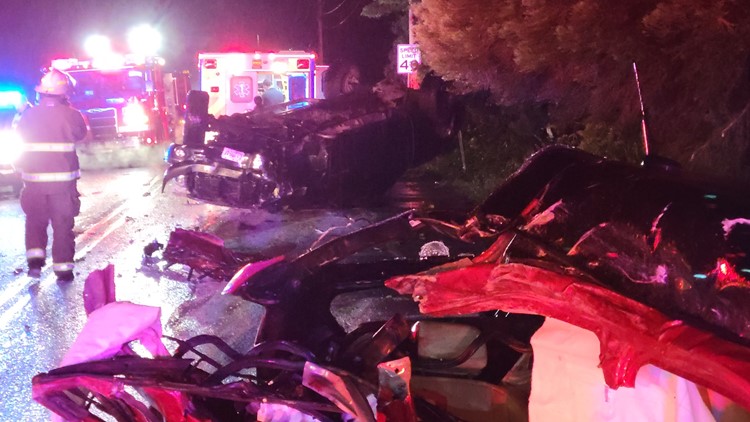 The two-vehicle collision occurred Thursday, June 9, at the intersection of Southwest Eaton Boulevard and 20th Avenue.

The two-vehicle collision occurred at the intersection of Southwest Eaton Boulevard and Southwest 20th Avenue just after 11 p.m. on Thursday, June 9

The details of what led to the crash were not immediately released. However, photos from the crime scene show a pickup truck that rolled onto its roof and another vehicle that appears to have been destroyed.

One passenger was pronounced dead at the scene; Four other occupants between the two vehicles were taken to a hospital with injuries that did not appear to be life-threatening, police said in a press release Monday.

Police arrested Robert T. McIntyre, 49, on one count of vehicular murder and one vehicular assault. He was booked into the Clark County Jail on Monday.

Los Angeles chefs are snubbed at 2022 Beard awards in Chicago