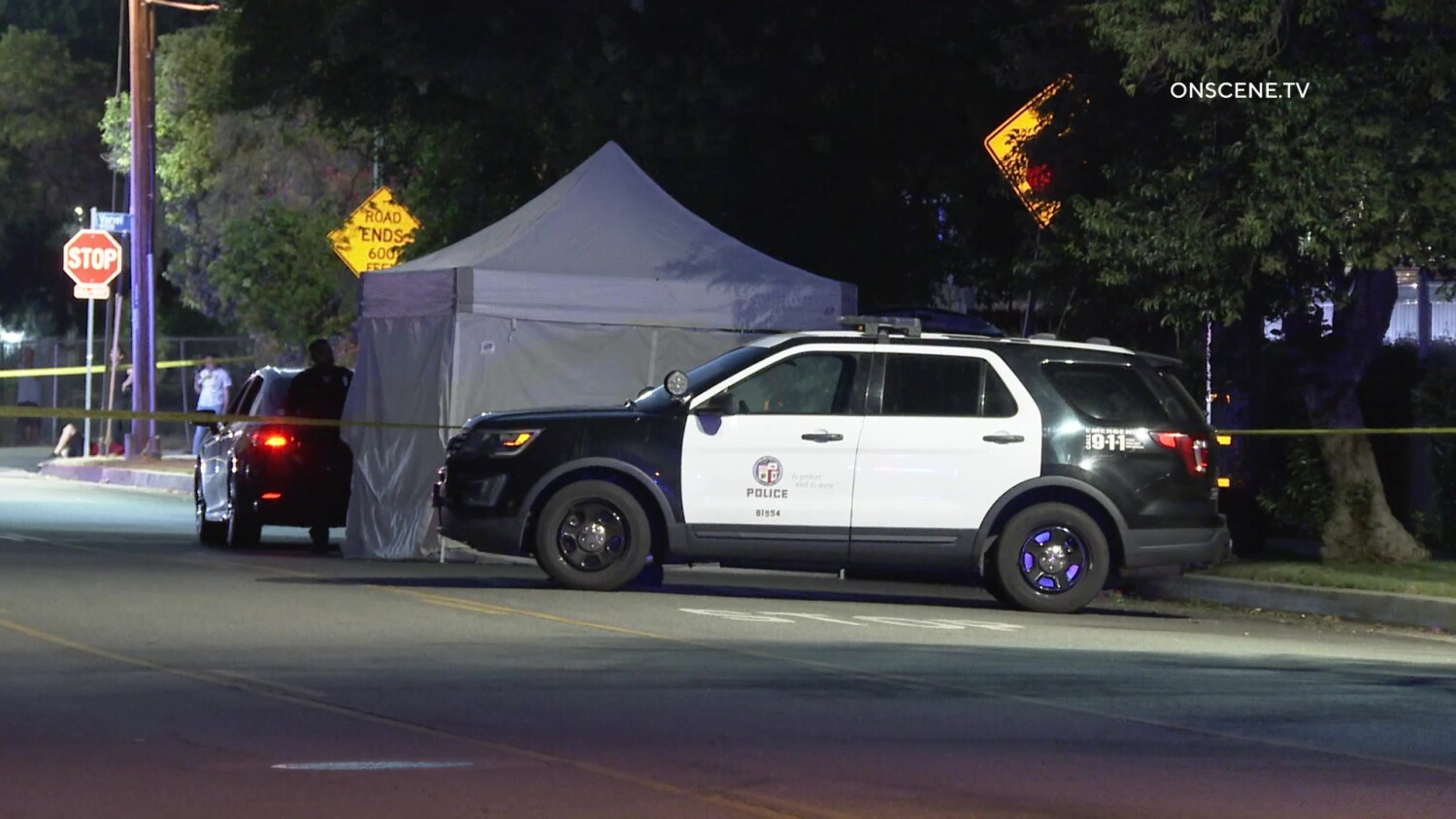 A man and a 10-year-old child were found dead in Chatsworth on Tuesday night in what authorities are calling a possible murder-suicide.

The couple were found around 8:30 p.m. near a vehicle on the 21000 block of Plummer Street, according to Los Angeles Police Department Officer Lizeth Lomeli.

Lomeli said the man was in his 30s and the child was a 10-year-old boy. The two are related, she said. Their names have not been published.

LAPD Deputy Chief Alan Hamilton told reporters Tuesday night that the incident was being investigated as a possible homicide-suicide.

“At this point, we suspect that’s a possibility,” he said. “We have not verified anything at this time as to the manner of the deaths of either person.”

Hamilton did not provide any information about a weapon or manner of death.

He said the two were not spotted in a vehicle, but “very close to a vehicle that has been identified as potentially belonging to one of the individuals.”

He said the investigation was ongoing.

“It’s tragic,” he said. “We have two people who are out here, they’ve passed away, and we’re going to get to the bottom of this.”

Further information was not immediately available.

'Atari 50: The Anniversary Celebration' brings together more than 90 games this fall