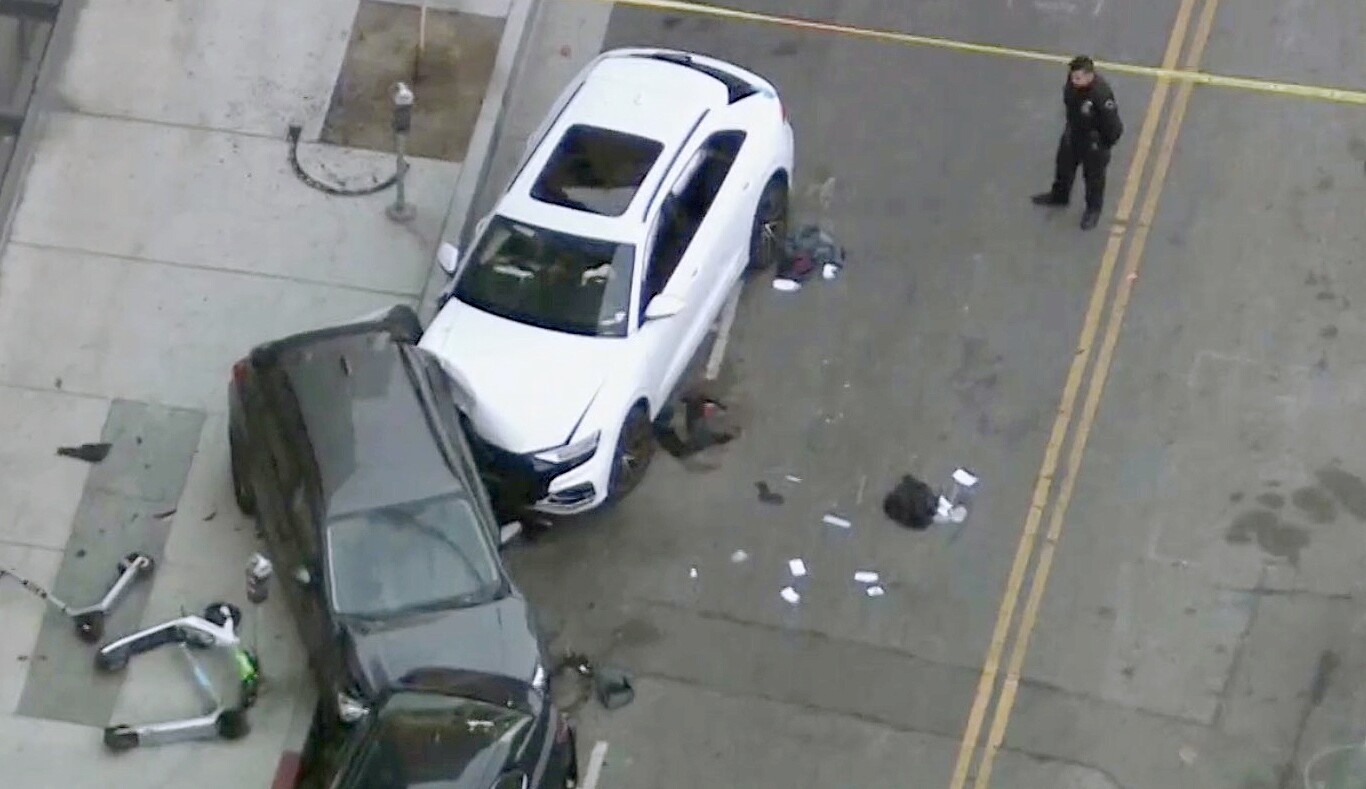 Los Angeles Police Department are looking for a suspect in the fatal shooting of a man during an argument in Hollywood on Wednesday night.

According to Los Angeles Police Department officer Lizabeth Lomeli, the gunman shot the victim multiple times during a confrontation that took place around 7 p.m. The victim tried to flee the area in a car but crashed into a parked vehicle near Argyle and Selma Avenues, she said.

When officers arrived at the scene, they found the victim with a gunshot wound. He was taken to a local hospital, where he was later pronounced dead, according to authorities. The suspect was last seen wearing a black shirt and shorts, fleeing the scene in a white Mercedes-Benz, police told KTLA-TV Channel 5.

The victim was described as aged between 20 and 30. His identity has not been released.

The shooting comes less than a week after a gunman killed two people in the same neighborhood. Marvin Francell Williams, 32, of Compton is suspected in connection with the deaths of Nadia Campbell, 35, and Ajani Patridge, 40, authorities said. The LAPD said he remains at large.

The Best Summer Wedding Suits for Men in 2022: Top-Notch Tailoring to Help You Dominate the Dance Floor

Manchin’s Deal Won’t Save the Democrats in the Midterms