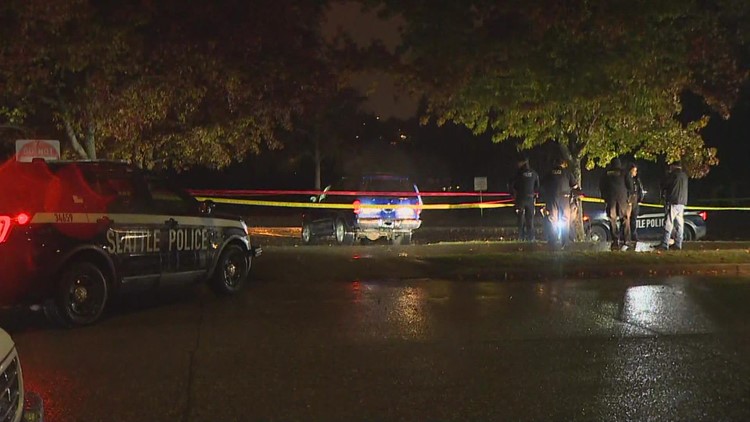 The man was found inside a car with fatal gunshot wounds. Police are still investigating the cause of the shooting.

SEATTLE – A man was shot and killed in the parking lot of Roxhill Park in West Seattle on Friday night.

According to Seattle Police Chief Adrian Diaz, police received a call about a shooting on the 9200 block of Southwest 29th Avenue at about 4:38 p.m. and found a victim with a gunshot wound. no response.

Diaz said Seattle Fire Department paramedics were also on the scene and pronounced the victim dead. The victim has been identified as a male, but his age has not been determined.

Crime scene investigators and the Seattle police homicide unit have taken over the investigation. Police do not know what led to the shooting. Police are trying to talk to nearby residents for more information. Investigators are also hoping to recover footage from the area that could give them more information about one or more potential suspects.

Anyone with information about the shooting is asked to contact the Seattle Police Department’s (SPD) violent crime reporting line at (206) 233-5000.

Seattle’s crime panel shows it’s the first shooting where someone has been killed or injured in the neighborhood so far this year. According to city data, there is one non-lethal shooting in the area in 2021.