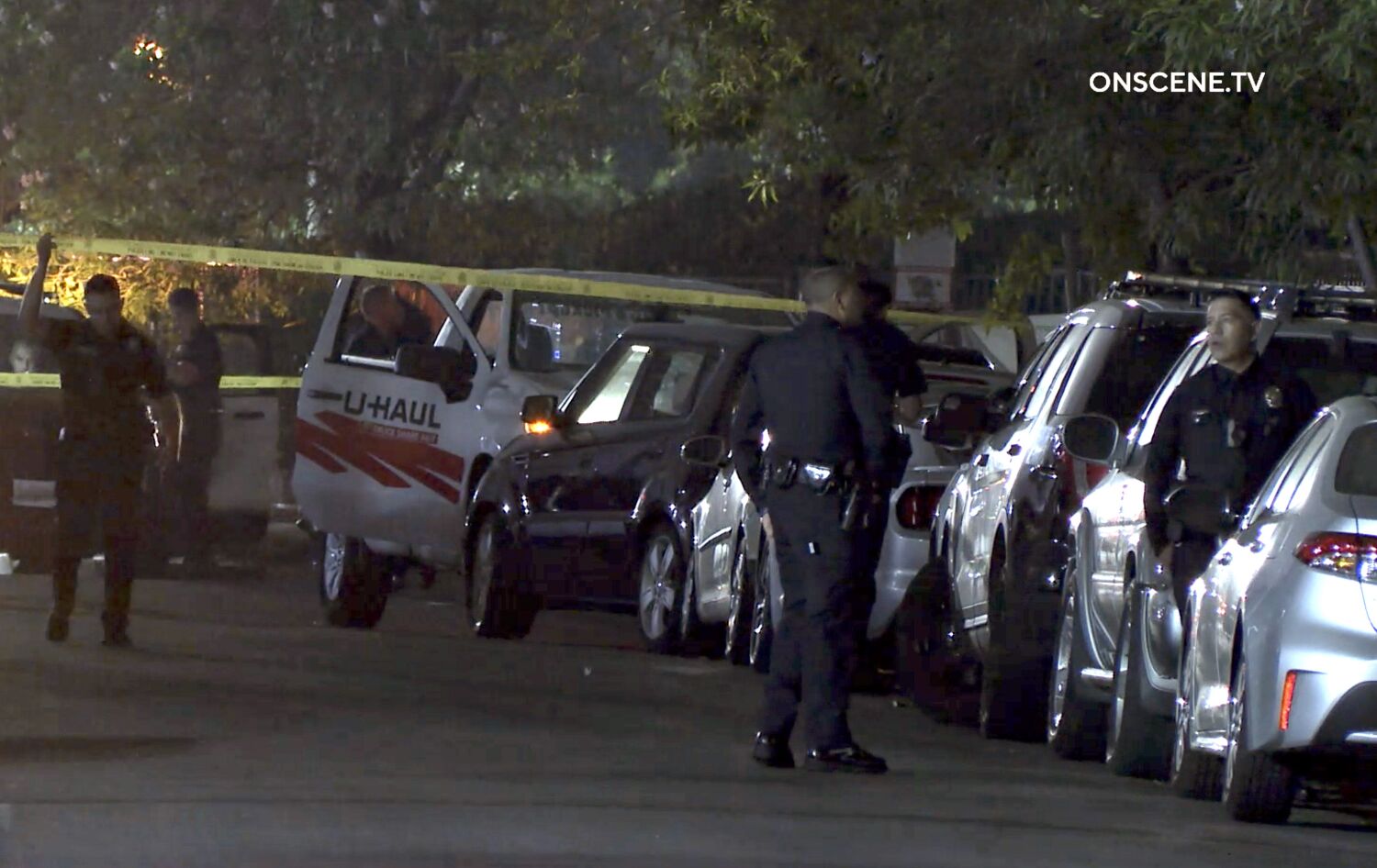 Los Angeles police are searching for a gunman who fatally shot a man whose body was found in a U-Haul pickup truck in Hollywood, authorities said.

Officers responding to reports of a shooting at the 5900 block of West Carlos Avenue just after 11 p.m. Wednesday found the rental car parked on the wrong side of the street, according to the Los Angeles Police Department.

Inside the truck, officers discovered the unidentified victim – described as in her late 50s – dead from a gunshot wound, police said.

No further information about the suspect or the motive for the shooting was released. The investigations are ongoing.

Stained, doodled and stolen: Lost Beatles' linen up for auction