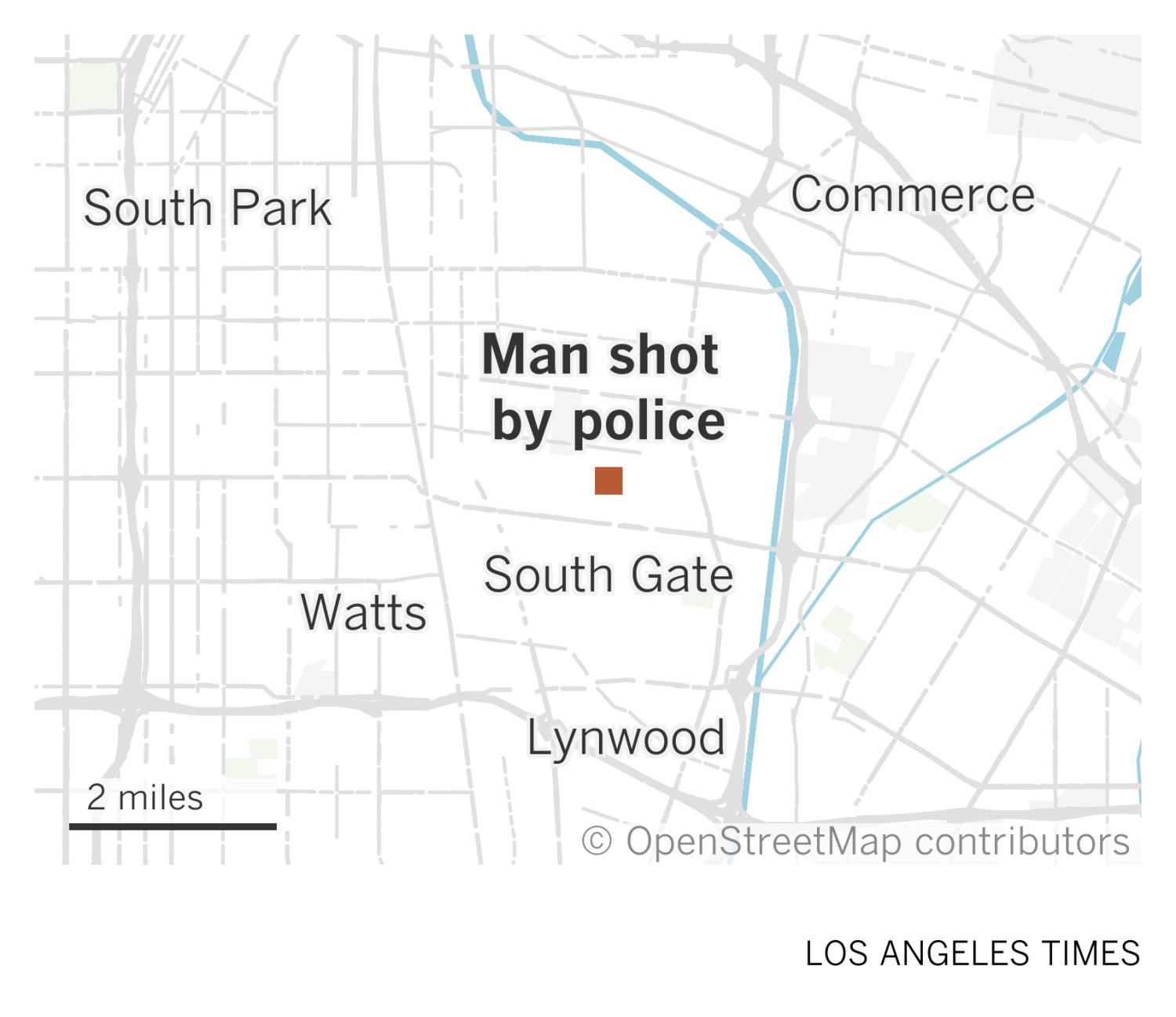 Hours after a police officer shot dead a man at the south gate late Friday afternoon, details of the incident remain scant.

The shooting was reported around 4:50 p.m. at the 8400 block of San Juan Avenue, according to the Los Angeles County Sheriff’s Department, which is conducting the investigation.

An officer shot and killed the man, who was taken to a hospital in an unknown condition, Lt. James Chavez, a guard commander with the South Gate Police Department.

Neither Chavez nor the sheriff’s department had information as to what prompted the officer to fire, whether the suspect was armed, or any other details about the shooting or what led up to the encounter.

Jeremy Stafford, a dispatch manager for the Los Angeles County Fire Department, said the fire department transported a patient from the scene. He has no information about the condition of the man.

Deputies are asking anyone with information about the shooting to call the Sheriff’s Homicide Office at (323) 890-5500.

This is an evolving story and will be updated as more information becomes available.

https://www.latimes.com/california/story/2022-07-22/man-hospitalized-after-being-shot-by-south-gate-police Man hospitalized after being shot by South Gate police

Pink Sauce chef hits back at health concerns: “You are judging a prototype”