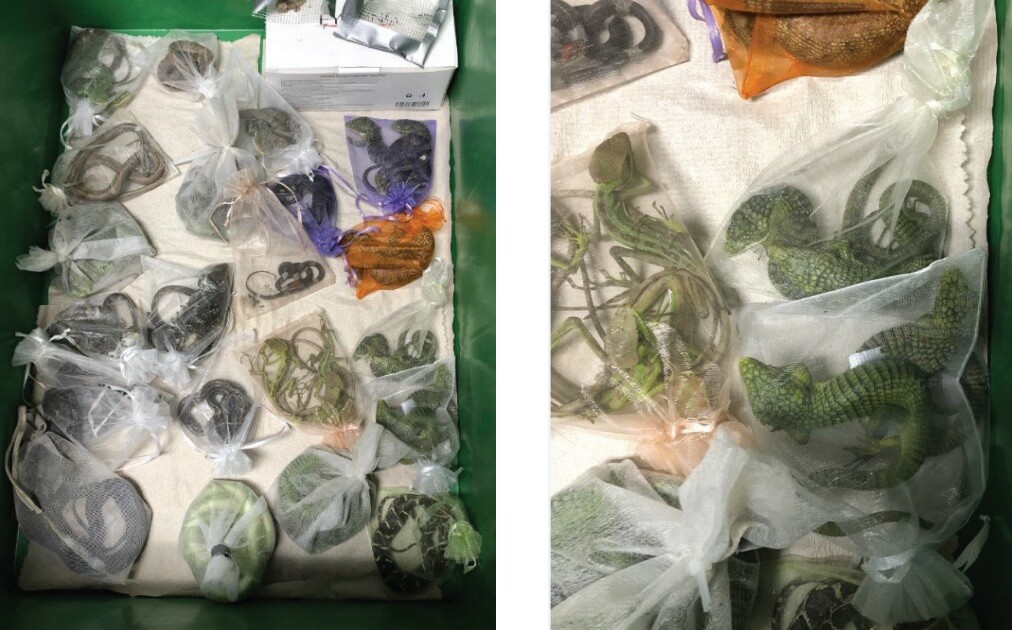 At a border crossing between the United States and Mexico, border officials said they found 60 reptiles in the pockets of an Oxnard man in February. He claimed they were his pets.

He faces a maximum of 20 years in federal prison for any smuggling and up to five years for trafficking wildlife, according to prosecutors.

Perez, who also went by the pseudonym Julio Rodriguez, used social media to arrange his smuggling operation between January 2016 and February 2022, which US Attorneys in Los Angeles said primarily involved smuggling reptiles from Mexico and Hong Kong into the US concentrated . Those reptiles included baby crocodiles, Yucatan box turtles, Mexican bearded lizards and many more animals, prosecutors said.

According to prosecutors, Perez did not report the animals to U.S. Customs officials or obtain any of the necessary permits required under the international agreement known as the Convention on International Trade in Endangered Species of Wild Fauna and Flora (CITES).

Instead, Perez boasted on Facebook about his trips to Mexico, where prosecutors say he collected reptiles and sent photos and videos to potential buyers. He also used several accomplices as part of his operation, who were paid a “passing fee” if they smuggled the animals across the border, prosecutors said. He also used his sister’s PayPal account and had the animals shipped to his home under his mother’s name, but it’s unclear if his mother was involved in the operation, based on court documents.

From February 2021 to February 2022, Perez crossed the San Ysidro Port of Entry approximately 36 times after renting a home in Tijuana. On February 25, Perez told border officials he had nothing to declare, but was referred to a second checkpoint where he was told they would conduct a physical search, prosecutors said.

He told customs officials that he had his pets in his bags and was carrying them to and from his home that way.

Perez was arrested on February 25 and released on bail on May 16, but less than a month later he removed his tracking ankle bracelet and fled to Tijuana. On June 16, he was arrested again in Mexico and brought back to the United States. He remains in custody and is scheduled to be sentenced by a federal judge in December.

Where To Buy Halloween Costumes Online (Before It’s Too Late)