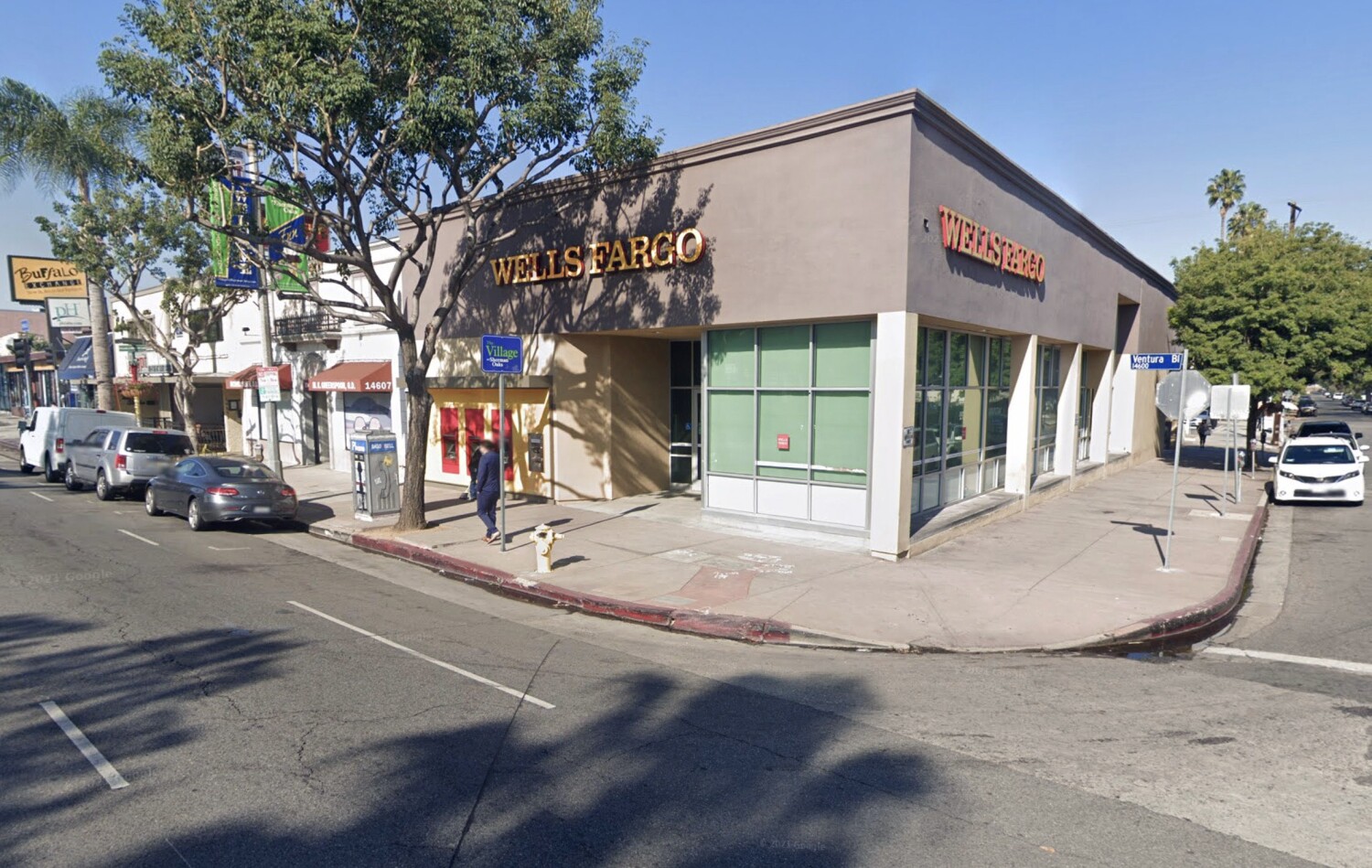 A Sherman Oaks man was robbed at gunpoint outside a Wells Fargo Bank branch in the San Fernando Valley for $10,000 in cash, Los Angeles Police Department said.

The robbery occurred around 10:30 a.m. Tuesday at the branch on the 14600 block of Ventura Boulevard, police said. The victim, who only identified himself as William in an interview with KTLA, said he was walking to his car when he was approached by a man with a gun.

“I was just like, ‘Don’t shoot, don’t shoot,'” the man told KTLA. “He was standing right in front of my face with the gun.”

The incident was caught on video by a nearby surveillance camera. In the video, the victim can be seen walking across the bank’s parking lot when a man in a white shirt and white shorts jumps out of the back seat of a dark-colored Mercedes and approaches him.

The victim jumps over a retaining wall and throws away the bag of money. The thief then grabs the bag and gets back into the vehicle, which drives away.

The victim told KTLA that he believes he was deliberately targeted in the attack.

No arrests were made, police said, and the incident remains under investigation.

Get a taste of what to expect during restaurant week in Atlantic City, October 2-7