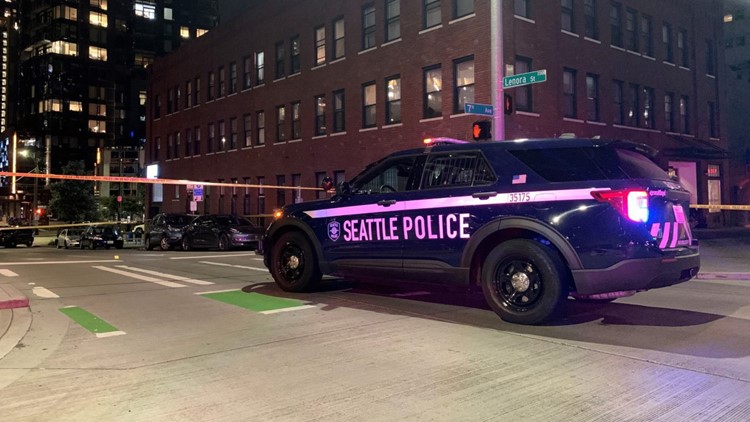 A 48-year-old man was shot dead in his vehicle at the intersection of 7th Avenue and Lenora Street in downtown Seattle on Sunday night.

SEATTLE — Police are investigating after a 48-year-old man was shot dead in downtown Seattle Sunday night.

According to the Seattle Police Department (SPD), officers responded at around 8:30 p.m. at the intersection of 7th Avenue and Lenora Street in the Denny Triangle neighborhood to report a shooting. The scene is opposite the Amazon Spheres.

When officers arrived, they found a man in a vehicle who was being shot at. Intervening officers and firefighters attempted life-saving measures, but the man was pronounced dead at the scene.

Homicide investigators and members of the SPD crime scene investigation agency went to the scene.

No suspicious information has been released at this time. Anyone with information is asked to call the SPD’s violent crime tipster hotline at 206-233-5000.

Seattle has not had a permanent police chief since Carmen Best resigned from the position after the Seattle City Council voted to cut spending on the police department in August 2020.

There are 166 reported cases of monkeypox in Washington state