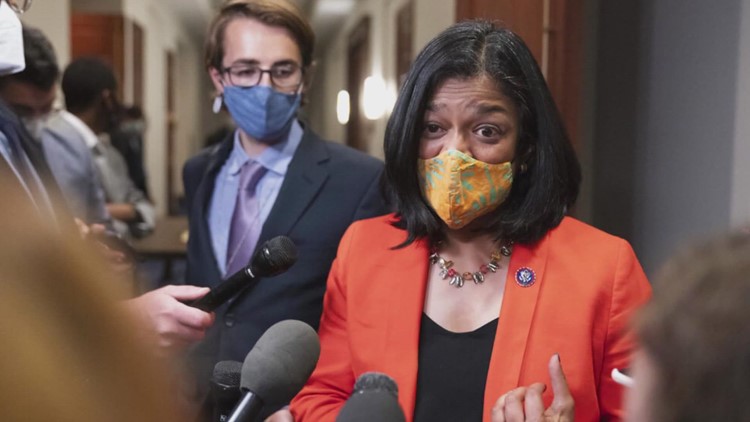 The suspect was released after being held without charge for 72 hours. Prosecutors said they were still working on a case.

SEATTLE — A man arrested for a possible hate crime against Rep. Pramila Jayapal (D-7th District) was released from jail Wednesday, according to the King County Attorney’s Office (KCPO).

The suspect was released after being held without charge for 72 hours. KCPO is still working with police to build their case, a spokesman said.

A neighbor told police she heard the man screaming, “Go back to India, I will kill you,” documents say. The same neighbor said she saw the suspect’s vehicle drive past Jayapal’s home three times that night.

Jayapal called 911 around 11 p.m. that night and said someone was in her car in front of her house and was using obscene language. She said her husband thought someone had fired an air pistol, but she wasn’t sure.

When police arrived, they said they found the man in the middle of the street with his hands up and a pistol holstered on his hip. Police wrote the man “knew who lived at the residence and wanted to pitch a tent on their property. [and that] the victim he targeted was of Indian descent.”

Prosecutors previously said there was probable cause to charge the man with a hate crime threat.

Manscaping and a Murder Mystery: The Week in Pete Davidson

Democrats vs. Biden on Charter Schools