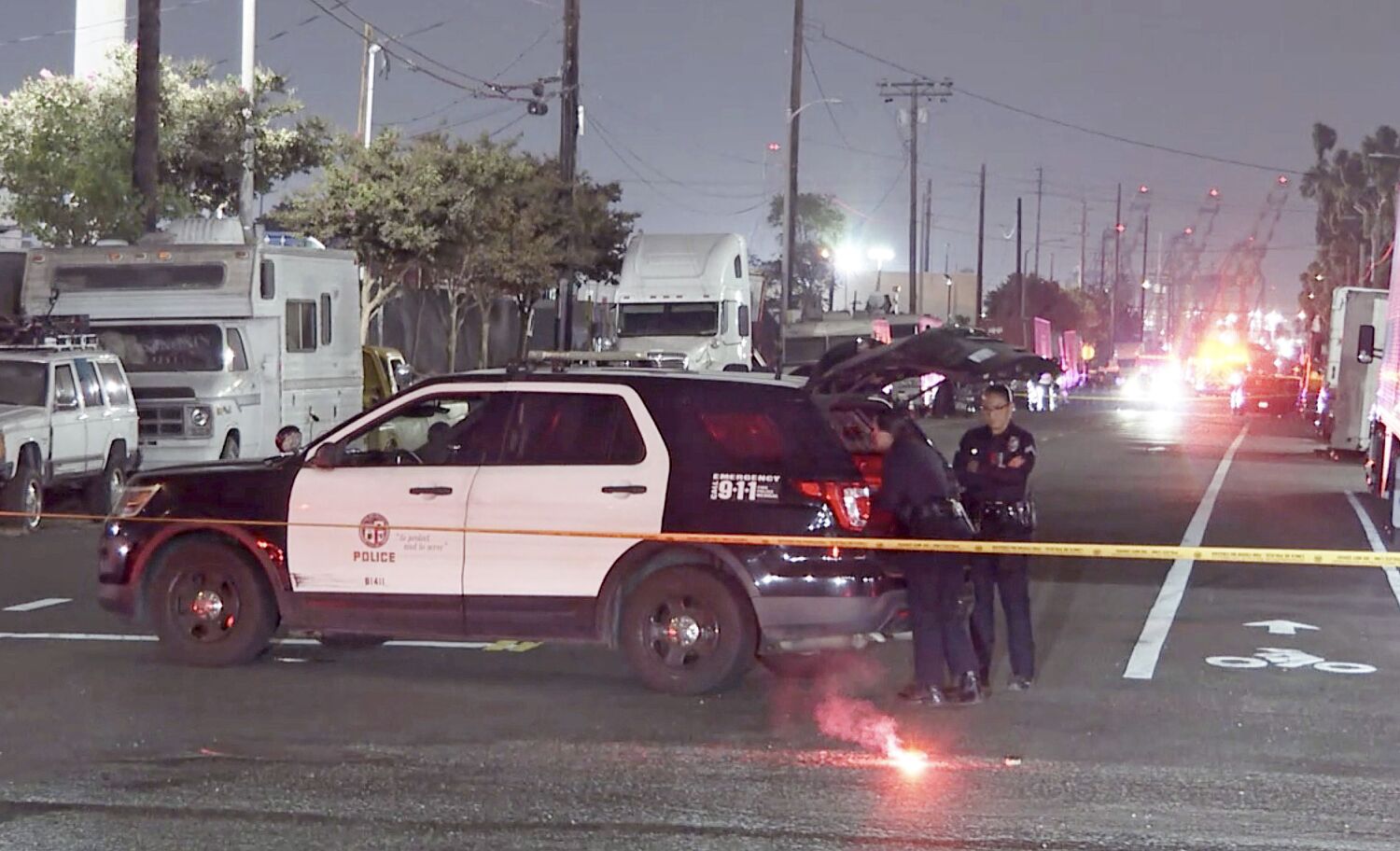 A man died in a shootout with police officers early Tuesday after crashing into a stolen truck in Wilmington and trying to flee, according to the Los Angeles Police Department.

Around 3:30 a.m. police officers chased a stolen truck near Quay Avenue and E Street, according to LAPD social media posts. A man in his 40s was driving the vehicle, and after the accident he got out of the truck and ran away, the LAPD said.

Officers followed the man on foot and shot him dead, police said. The man was taken into custody. Los Angeles Fire Department paramedics pronounced him dead at the scene.

The man’s handguns were at the scene and are being held as evidence, police said. No bystanders or officers were injured during the shooting. The incident is being investigated.

The area around Anaheim’s Quay Avenue to D Street will remain closed for several hours, according to an LAPD spokesman.

https://www.latimes.com/california/story/2022-10-11/man-killed-los-angeles-police-shooting-wilmington Man who was in stolen truck is fatally shot by LAPD

Solidarity with Ukraine – War on the Rocks