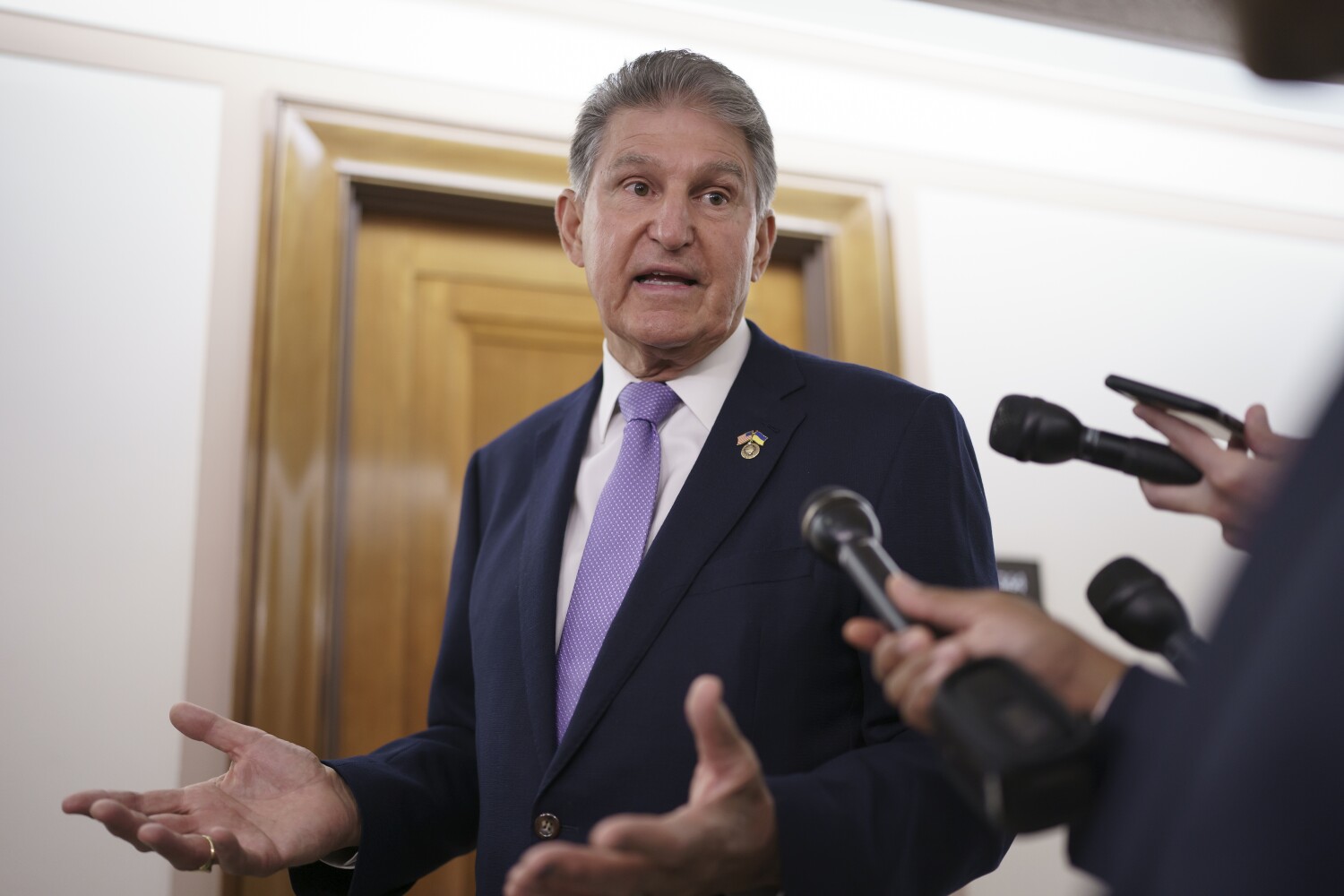 It marks a breakthrough in a bill that Democrats have been trying to agree on for months.

The deal could give Democrats a chance to make progress on some of their top policy priorities ahead of the midterm elections.

But it’s uncertain how the plan will go down with Manchin’s Democrats, many of whom are frustrated by West Virginians’ reluctance to adopt progressive policies and, according to many House Democrats, to negotiate in good faith.

The political imperative of the Democrats could replace this sharpness. The deal, which seemed to surprise many on Capitol Hill, comes as Democrats are nearing their August break, after which most legislation typically stalls in an election year.

Proponents say the plan would increase clean energy production and cut carbon emissions by about 40% by 2030; lower Affordable Care Act premiums for some Americans; Limiting out-of-pocket Medicare prescription costs to $2,000; and raise taxes on corporations and the ultra-rich.

The plan would raise about $739 billion by levying a minimum corporate tax rate of 15% and giving Medicare the ability to negotiate prescription drug prices.

According to a summary of the plan, it would spend $369 billion on energy security and climate action and spend more than $300 billion on deficit reduction. Neither Schumer nor Manchin released further details.

In a nod to Manchin’s interest in tackling inflation, the bill is now called the Inflation Reduction Act of 2022.

Manchin, the most conservative Democrat in the Senate, is locked in a month-long back-and-forth with many members of his party over what was once $3.5 trillion in social spending and a 10-year climate bill. The original plan included funding for progressive programs such as child care and universal pre-kindergarten.

Manchin said in December he would not support such a plan. The negotiations sometimes lasted until about two weeks ago. At the time, talks appeared to have stalled as Manchin said he would not back a plan until he sees July inflation numbers.

“This is the action the American people have been waiting for,” he said in a statement Wednesday. “This will address the problems of today – high healthcare costs and headline inflation – as well as investing in our energy security for the future.”

The bill would be passed under a procedure that would not allow for filibustering by the Republican minority. Given the GOP’s assumed opposition, the measure would require the support of the entire Democratic caucus in the Senate and almost every Democrat in the House of Representatives.

Climate hawk Senator Brian Schatz (D-Hawaii) said climate regulations would include tax incentives and grants, as well as investments in clean energy and transportation, energy storage and other measures.

Politicians are making this “a real climate law,” he said. “The planet is burning. Emission reductions are in the foreground. This is huge progress. Let’s go through with it.”

Senate Minority Leader Mitch McConnell (R-Ky.) had said Republicans would block passage of a separate bill to boost semiconductor manufacturing if Democrats continue the effort. The bill passed the Senate just hours before Manchin and Schumer announced their deal.

“Democrats have already destroyed American families with historic inflation,” McConnell tweeted after the deal was announced. “Now they want to stack up huge tax hikes that will hit workers and destroy many thousands of American jobs.”

“First they destroyed your family’s budget,” he added. “Now they want to kill your job too.”

Angels' Mike Trout, doctors share their thoughts on his back injury