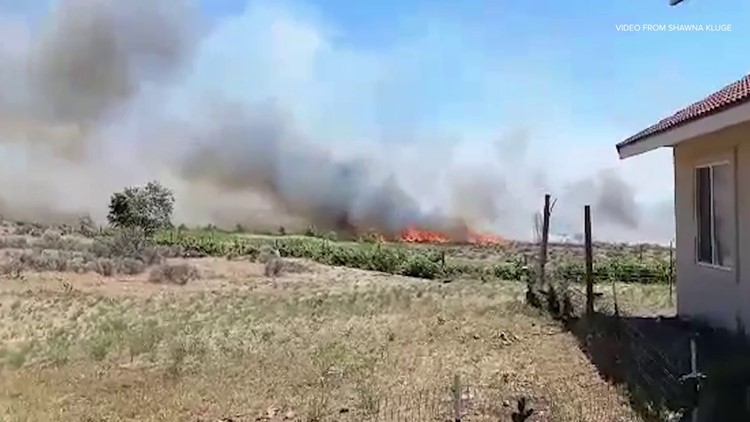 The Western Fire Chiefs Association has developed a new map that uses data from the 911 dispatcher and the US Forest Service to track wildfires in real time.

BONNEY LAKE, Wash. — Terry Parker has lived in his Bonney Lake home for 11 years and was one of hundreds forced to evacuate during the Sumner Grade fire in 2020.

“It was kind of scary because we hoped it wouldn’t jump off the street because it could have wiped out our neighborhood. It was only half a block away,” Parker said.

The fire burned 800 acres and destroyed four homes. Parker said wildfires are not typical in this area.

“I’ve been coming here since 1964 and there has never been a fire like this in or near this area,” Parker said.

Now, the Western Fire Chiefs Association has developed a first-of-its-kind map that shows up-to-date information about wildfires so people can take quick action.

“It can make a big difference for people in rural areas where they might not have really good outlet ranges,” said Leonard Johnson, McLane Blake Lake Fire Chief and chair of the Washington State Fire Defense Committee.

The fire map pulls data from the US Forest Service using the National Interagency Fire Center feed and 911 dispatch data through PulsePoint to track flaming wildfires in real time.

It gives the public up-to-date information on how big a fire is and how much it contains. Something Parker believes could have made a huge difference two years ago.

“You will get the information faster than waiting to see it on the news. You can go on your phone and look at the map and see where it is,” Parker said.

The association hopes that by next year the map will move to phase two, which will include location-based notifications.

“People can go to the map and say, hey, here I am with what’s around me. If they are notified sooner that a fire is approaching a place where they live or vacation, they have a better opportunity to get out,” Johnson said.

The new tool will be released when the wildfire season is expected to start.

“The Stayman fire is a leading indicator that things are ready to burn. Just because we’ve had a lot of rain this spring doesn’t mean we still won’t have a fairly active fire season here in the fall,” Johnson said.

Crews gain on Washburn fire; Yosemite to reopen an entrance