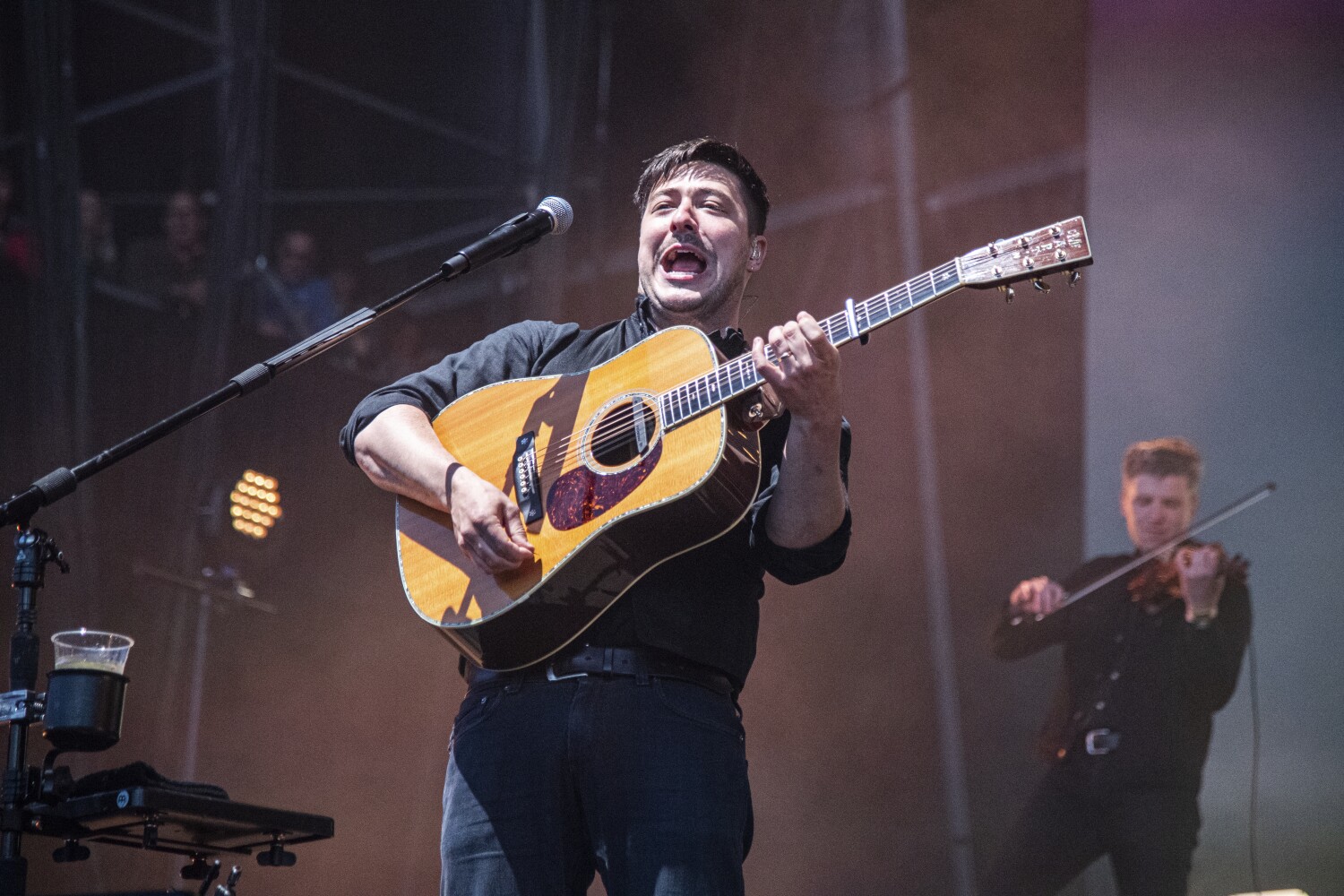 Marcus Mumford has spoken openly about being sexually abused as a child.

Ahead of his new solo album, Self-Titled, the Mumford & Sons lead singer spoke to GQ about his latest single, Cannibal, a deeply raw and personal song that received a Steven Spielberg music video.

“Like a lot of people — and I’m learning more and more about this as we go and act it out for people — I was sexually abused as a child,” Mumford told the magazine. “Not in the family and not in the church, which some might think. But I hadn’t told anyone about it for 30 years.”

Mumford also revealed that “Cannibal” was the first time he told his mother about the abuse after she heard it through the walls and asked what the song was about.

“I was like, ‘Yeah, this is about the abuse thing,'” Mumford said of his response. “She said, ‘What are you talking about?’ So if we’ve been through the trauma of that moment for her as a mother and we want to hear that and want to protect her and help and all that stuff, objectively, to tell your mother about your abuse in a song of all things, it’s kind of hilarious.”

Elsewhere in the interview, Mumford distanced himself from the policies of former Mumford & Sons band member Winston Marshall, who retired from the group last year to investigate his “blind spots” after reading Andy Ngo’s book Unmasked: Inside Antifa’s Radical Plan to Destroy Democracy.”

Mumford made it clear that while he was still supportive of his friend — and actually asked him to stay in the band, saying he felt it was possible to disagree and still work together — he didn’t commit to it could bring to support Marshall’s views.

“I just don’t think it’s the job of musicians to have all those thoughts,” Mumford told GQ. “And I think Win probably agrees. I do not know. But I think he probably agrees. That’s one of the reasons he wanted to quit. Because he felt his priorities didn’t align with the way he wanted to talk about things and live life. He wanted to do something different. And that’s why I support him to do something else. Even if we don’t agree on many things. A lot of. And now more.”

Less than a month ago, Spielberg made his music video directorial debut when he shot the one-shot video for “Cannibal,” all on his phone. Spielberg even received special support from his wife, actress Kate Capshaw, who moved the 75-year-old director back and forth in his wheelchair to get the perfect shots.

“On Sunday, July 3, Steven Spielberg shot his first music video in a single shot on his cellphone in a high school gym in New York,” Mumford said wrote in a Twitter thread. “Kate Capshaw was the almighty Dolly handle.”

“I have been overwhelmed by the support from those around me in bringing you this music and I cannot hope to express all of my gratitude,” he added. “When people get it, it blows my mind. Kate and Steven just got it and I can’t thank them enough.”

Mumford’s “Self-Titled,” featuring collaborations with Phoebe Bridgers, Brandi Carlile and more, is slated for release on September 16. He will perform at the Wiltern in LA on September 30th.

https://www.latimes.com/entertainment-arts/music/story/2022-08-10/marcus-mumford-cannibal-sexual-abuse-self-titled Marcus Mumford says he was sexually abused as a child

How “Three Thousand Years of Longing” differs from the book