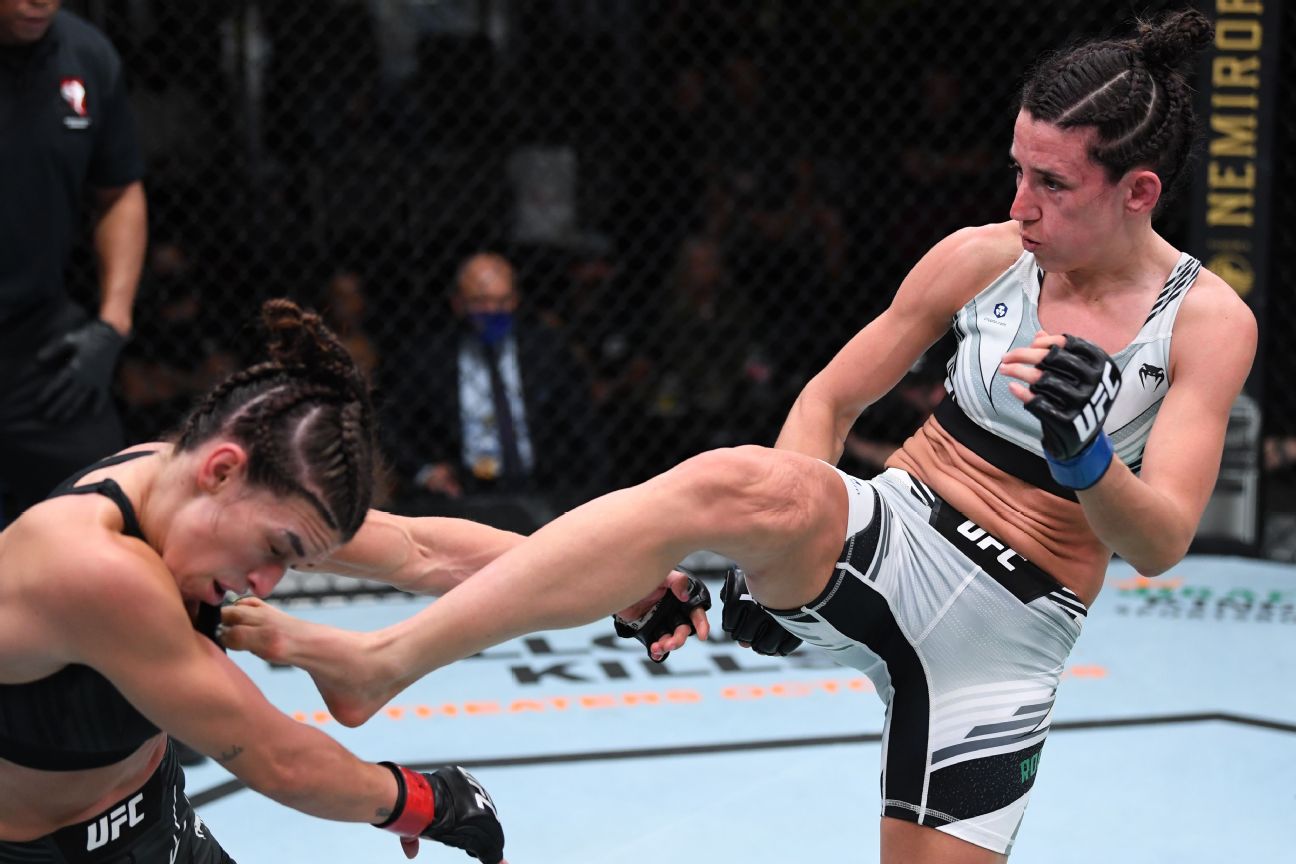 Two of the best strawweight wrestlers in the world have been added to one of the deepest UFC cards of the year.

Marina Rodriguez will face Amanda Lemos at UFC 280 in Abu Dhabi on October 22, sources confirmed to ESPN on Thursday.

The winner of the fight could have the inside lane on a title fight. Rodriguez is the No. 4 women’s strawweight in the ESPN rankings, while Lemos is No. 9.

Brazil’s Combate was the first to report the matchup.

Lemos (12-2-1), also 35, has won six of her last seven fights, including a second-round submission win over Michelle Waterson last weekend at UFC Long Island. Andrade suffered the Brazilian’s only defeat since 2017 in April. Lemos has ended four of their six wins in the UFC Octagon.

UFC 280 will be headlined by a fight between former champion Charles Oliveira and Islam Makhachev for the vacant lightweight title. Also on the card are lightweights Beneil Dariush and Mateusz Gamrot, set to meet in a potential title eliminator.