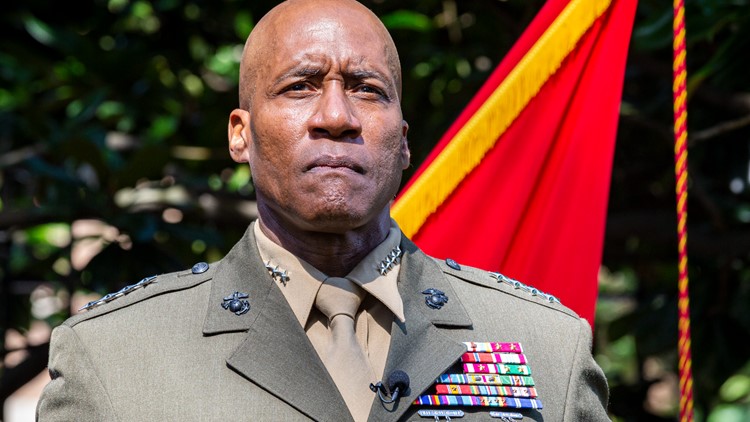 General Langley has served 37 years in the Marine Corps and will assume command of Germany-based US Africa Command.

He takes command of the US Africa Command based in Germany.

“I’m humbled and honored for the opportunity to assume leadership of AFRICOM Command with the four-star billet, but the milestone and what it means to the Corps is quite important,” he said after the ceremony.

“Not just because of the brand in the story, but what it will do in the future, especially for the younger generation in society who want to aspire and see the Marine Corps as an opportunity,” he added.

General Langley, who began his Marine Corps career in 1985 as an artillery officer, is the first Black Marine to be promoted to the rank of general in the Marines’ 246-year history.

Langley is the son of a former Air Force corporal and was born in Shreveport, Louisiana. After growing up on several military bases, his family settled in Texas, according to the Marines’ website. He attended Fort Worth ISD’s Leonard Middle School and graduated from Western Hills High School in 1980. Langley also graduated from the University of Texas at Arlington in 1985.

According to Langley’s biography on the Marines website, he has commanded at all levels during his 37-year career and served overseas in Afghanistan, Somalia and Okinawa. He has held senior positions in the Pentagon and in the military’s Central Command. Langley assumed command of US Marine Corps Forces Europe and Africa last year.

President Joe Biden nominated Langley for the promotion in June.

Boris Johnson out of race to be next British prime minister