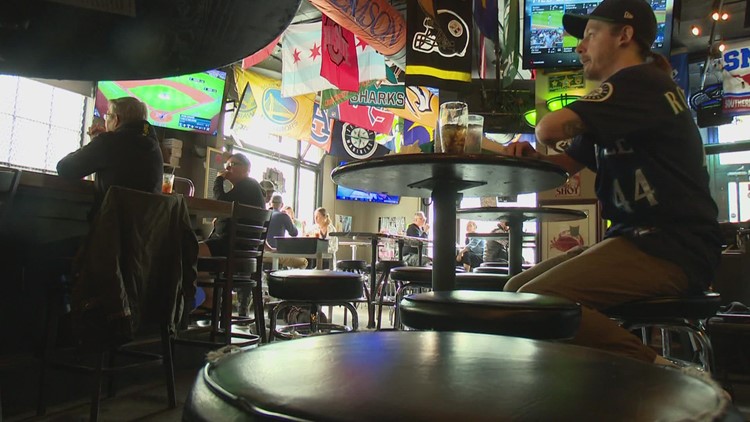 The Mariners won their 14th straight game on Sunday and go into the All-Star break as the hottest team in baseball.

SEATTLE — Mariners fans had plenty to cheer about last month as the team won its 14th straight game on Sunday. That hasn’t happened often in the past 20+ years, as Seattle has had the longest active playoff drought in pro sports.

“There are Mariners fans but they just didn’t have anything to cheer about like we were out here wanting to be loud and proud and this team was finally going to wake up the town,” said Jaron Boggs. watching the Mariners game at Buckley’s in Seattle’s Belltown neighborhood on Sunday.

After Sunday’s win, the Mariners’ streak is now at 14, just one win away from breaking the 2001 franchise record.

“This team can get to the playoffs, I mean, we’re not at 100 percent and we’re doing what we’re doing and if we think maybe, maybe, yeah, I don’t know, I feel like it’s coming together,” said Boggs.

The Mariners’ next home game is Friday, July 22 at 7:10 p.m. against the Houston Astros.

Derby's quick pace makes it a challenge for ESPN to produce

Intelligence and the War in Ukraine: Part 2