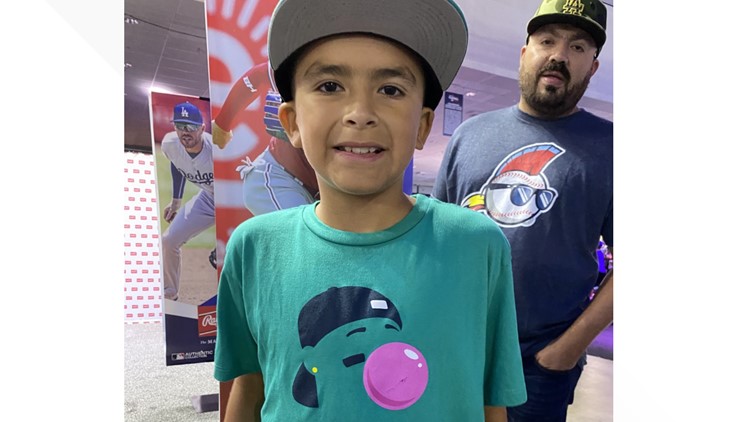 LOS ANGELES – Day two of Fan Fest at the Los Angeles Convention Center was a mix of baseball and entertainment.

In fact, part of the $50+ million that the weekend is expected to generate for the city stems from that experience.

In a sea of ​​Dodger blue, touches of Mariners teal floated around at the event, as a Southern California family recently became ardent Mariners supporters.

They were present at the matchup against the Los Angeles Angels in June when the brawl broke out.

It was a signature day for the Mariners and also a signature Dylan Maez will never forget.

“An autograph from Jesse Winker,” he said. “It was pretty cool when I got it. It was more meaningful when the fight happened.”

“He lived up to expectations. He’s got the loot and everything. He’s like the next (Ken) Griffey (Jr.),” Dylan said.

Dylan is excited about the present because it reminds him of the past.

“The swag they have in everything. They make the game look fun,” Patrick said.

Speaking of the past, one Edgar Martinez fan got a taste of it when he got an autograph from the Mariners legend.

Eight-year-old Kyler Holly smiled brightly and told KING 5 that he had been trying to get Edgar’s autograph at show jumping training for the past few years.

These Seattle supporters were just a few of the thousands who attended the convention center, an experience sure to be a Hollywood hit.

Tristan Thompson gets put on blast for partying in Greece