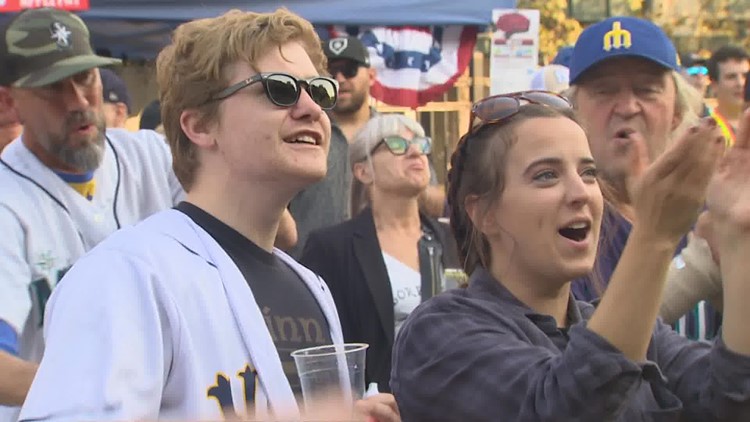 Fans lined up hours before the first pitch of Saturday’s playoff game at T-Mobile Park.

SEATTLE, Wash. — If you’ve waited 21 years for a playoff game, make the most of it.

You show up early and stay to the end.

Thousands began queuing at T-Mobile Park hours before the first pitch at 1:07 p.m.

The 18-inning marathon made for a full day and even a little night of baseball.

“We had every emotion during the day,” said Natalie Valentine.

She was 11 when the Mariners last got into the postseason in 2001.

Her father, John Jamerson, died suddenly the next year.

“My father was one of the founding members when Safeco opened,” Valentine said.

She said she felt her father digging in beside her on Saturday.

“He would have been here to the end, last out of the stadium,” Valentine said.

While she was disappointed after the 18-inning loss, Valentine said she’s optimistic about next season.

“The drought is over, the rains have started,” said Valentine, “I can feel good things are coming.”

Russian Strikes on Ukraine Knock Out Power in Kyiv