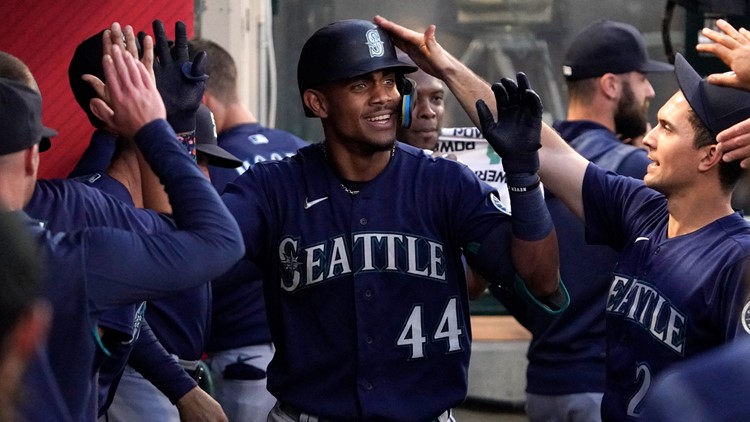 Rodríguez will be the 14th rookie to compete and only two of them have won straight away: Pete Alonso in 2019 and Aaron Judge in 2017. Alonso is the two-time defending champion and leads the field of eight for this year’s derby at Albert Pujols of the Cardinals, Kyle Schwarber of the Phillies and Juan Soto of the Nationals.

Rodríguez announced his entry on social media. The 21-year-old leads the major league rookies with 15 home runs Wednesday and is third with a .477 slugging percentage. That’s after going without a homer in his first 20 career games and recording his first career home run on May 1.

The Seattle outfielder, who hits .274 with 44 RBIs, 50 runs and 21 stolen bases, was announced Sunday as a member of the American League All-Star Team.

He sat out the opener of Wednesday’s day-night doubleheader in Washington but is in the lineup for the second game.

Is Daniel Kaluuya in 'Black Panther 2'? Nope. Here's why