LOS ANGELES — Someone Calls the Avengers – a Marvel villain has been spotted wreaking havoc on the streets of Los Angeles!

The city is littered with “legal” billboards for The Super Lawyer to promote Marvel Studios’ new series She-Hulk: Attorney at Law, now streaming on Disney+. 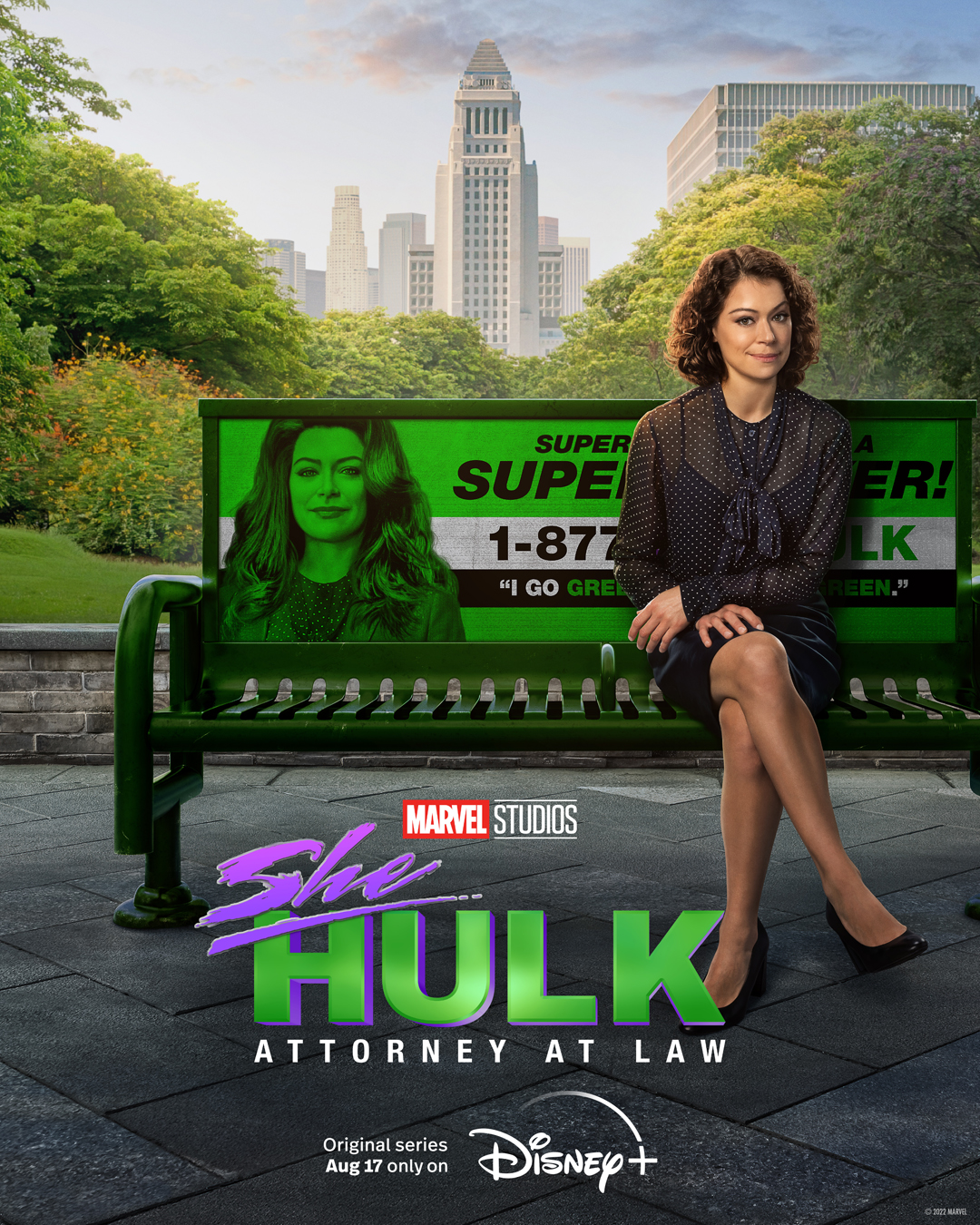 She-Hulk: Attorney at Law follows the single 30-something attorney who accidentally transforms into a 6ft 7in tall green behemoth.

However, video shows someone destroying the mock attorney’s billboard – but a closer look reveals the seemingly ordinary graffiti tagger is actually She-Hulk’s nemesis, the villain Titania.

The vandalism was, of course, a clever publicity stunt with series co-star Jameela Jamil.

She-Hulk: Attorney at Law, starring Tatiana Maslany, follows Jennifer Walters, a lawyer whose career takes a turn after receiving a transfusion from her cousin, Bruce Banner, aka the Hulk, making her a very low-key superhero.

The nine-episode comedy series, set in the Marvel Universe, chronicles She-Hulk as she becomes a courtroom attorney for her peers.

“It’s a legal drama like ‘Ally McBeal’ or ‘The Practice,’ and then it breaks all those rules,” said Kat Coiro, director and executive producer.

Well-known Marvel faces in the series are Mark Ruffalo as Smart Hulk, Tim Roth as Emil Blonsky-the Abomination and Benedict Wong as Wong.

“The fun of the show is that it combines the world of law with all the possibilities surrounding superhero weirdness,” said She-Hulk co-star Renee Elise Goldsberry.

She-Hulk: Attorney at Law is streaming now on Disney+.

The Walt Disney Co. is the parent company of this ABC network.

Murad Targeted Wrinkle Corrector Review: Like Botox in a Bottle

Victims of Kohl’s parking lot stabbing in Palmdale are remembered