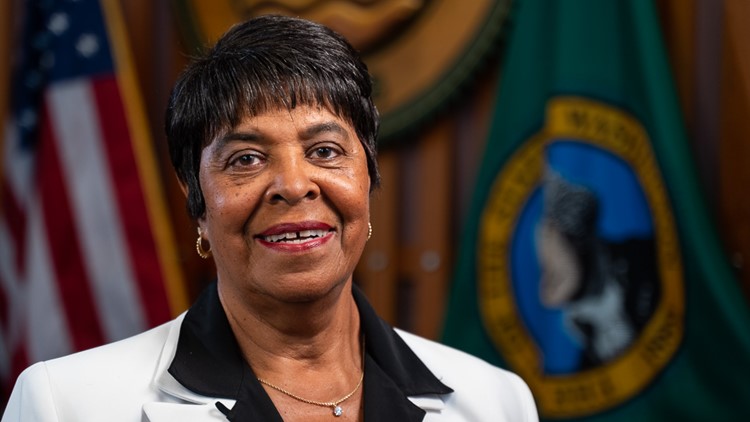 From a tobacco farm to Vice Mayor of Lakewood – how Mary Moss got where she is today. Sponsored by Harborstone Credit Union.

LAKEWOOD, Wash. – From growing up on a tobacco farm to becoming the Vice Mayor of Lakewood – Mary Moss has lived many lives.

“I grew up on a tobacco farm in Virginia,” says Moss. “I grew up with two loving parents. I have four brothers and one sister. And we live on a red dirt road.”

Moss always wanted to be a leader, but as a child, it was not possible.

“My first goal was to be a nurse,” says Moss. “Because back then, the only professions available to women were education or nursing.”

But life made her marry the man whose military career took them all over the United States – and then, when she turned 45 and was working as a Sales Manager, she decided on something. .

That’s what led her to a job at Harborstone Credit Union – a job that spanned the entire company and lasted thirty-six years. She started out as a teller and worked in every department except the collection.

Moss said: “Harborstone means everything to me. “If it weren’t for Harborstone, I don’t know if I would be who I am today.”

Moss credits the credit union’s commitment to its community to her success.

“You know, the mission of the credit union is that people help people,” she said. “And that philosophy was easy for me to follow, because that’s how I grew up. My parents always taught us to always take care of each other, help each other, give because you’re not going to get anywhere. . in your own life.”

And after 36 years at Harborstone, Moss achieved her ultimate goal – in 2010 she became the Deputy Mayor of Lakewood. And from there, she founded the Lakewood Multicultural Alliance, a group dedicated to organizing events that celebrate diversity and inclusion.

Harborstone supports the work of the LMCC, as fairness is one of its core values. They are committed to fighting inequality and injustice in their communities and countries and act as a trusted ally of the LMCC.

“They have a diverse team that we are coordinating and working with,” Moss said. “They’ve been a great sponsor and support for us.”

Now, Moss works to bring impactful events to the Lakewood community and make positive changes in the place she calls home.

“And from a tobacco field? I could never have dreamed of being here,” she said. “But I can say with certainty that my dream as a leader has come true.”

Mock 'Heroes of the Freedomsurrection' monument arrives in L.A.