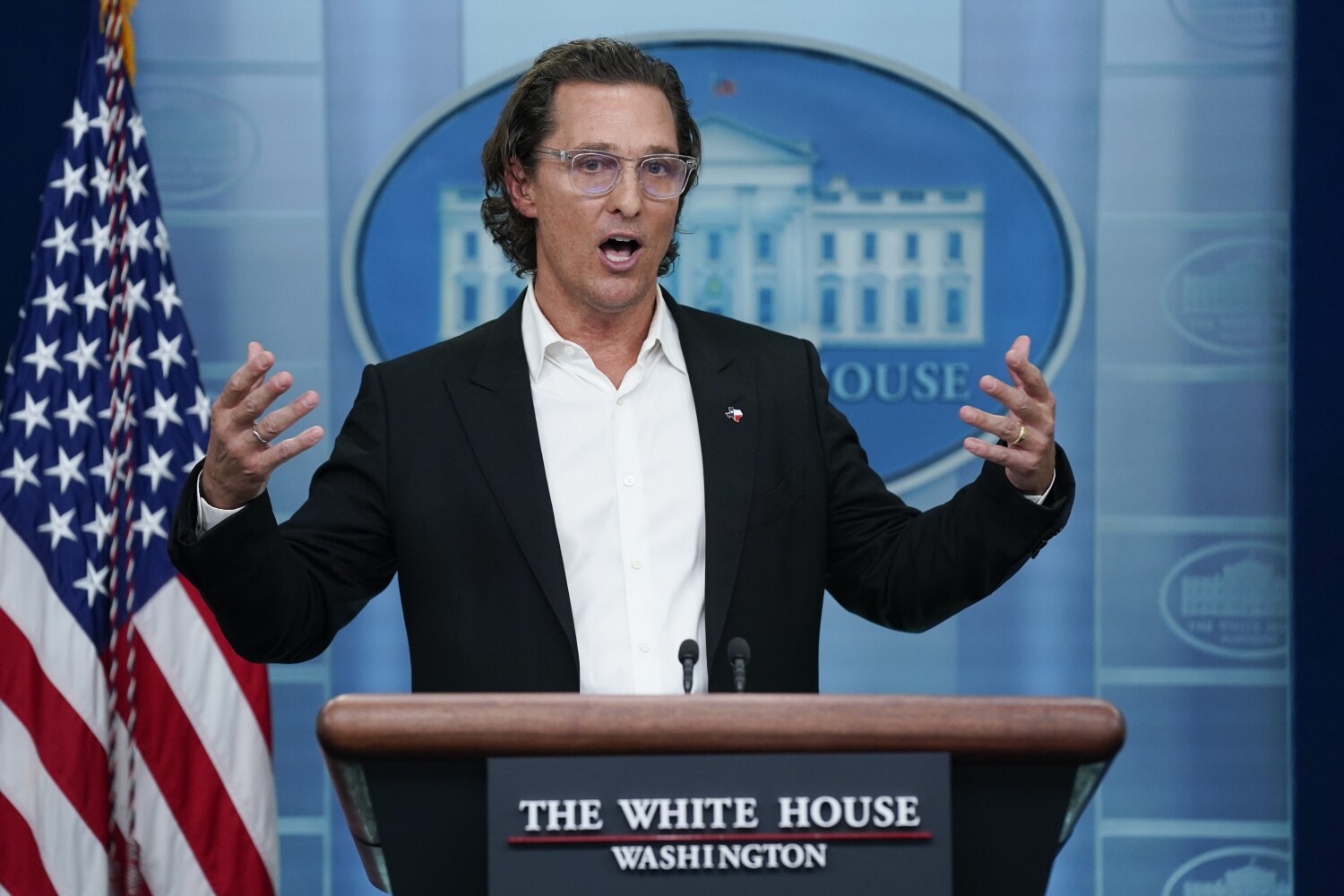 Matthew McConaughey and his wife Camila Alves have visited dozens of politicians at the highest levels of the US government to discuss guns – and the actor just shared the proof online.

“This is and was about gun stewardship,” read a video posted to his social media accounts on Friday. “Camila and I have met with over 30 members from both parties. We met with leaders from the Senate, House of Representatives and the President.”

The black-and-white video shows him meeting with politicians including – among others – President Biden, Republican Sens. Lindsey Graham and Mitch McConnell, and on the Democratic side of Congress Sen. Cory Booker, Sen. Kyrsten Sinema, Sen .Joe Manchin and House Speaker Nancy Pelosi.

“This is about mental health, safer schools…AND keeping guns out of the irresponsible hands that the rule of law still has access to them today,” the video later said. “The solution has to come from both sides. For ourselves, our children, Republicans, Democrats, and our fellow Americans… It is time to take responsibility.”

The actor, a native of Uvalde, Texas, was drawn into action following the May 25 deaths of 19 children and two adults at an elementary school in his hometown, which may have been compounded by a delayed law enforcement response.

Under the name of his company, Barefoot Money Inc., McConaughey formally announced to Congress on Wednesday that he was selling guns/ammunition on the 2nd.”

McConaughey also took the stage in the White House briefing room on June 7 to discuss his and Alves’ visit to Uvalde following the tragedy and to call for “responsible gun ownership.”

The actor is no stranger to guns: he recalled learning about firearm safety that day as a child in Uvalde with an air rifle. He also suggested that there is a broad, bipartisan majority that would support expanding background checks, raising the minimum age to purchase assault rifles to 21, and passing red flag legislation. California already has a law that allows a court to temporarily confiscate guns and ammunition from a person who is at significant risk of harming themselves or others.

“These are sensible, practical regulations,” he said. “Responsible gun owners are fed up with the 2nd Amendment being abused and kidnapped by a mentally ill individual.”

McConaughey has also previously expressed concerns about bridging the political left-right divide, after speaking out in December 2020 with comic actor and podcaster Russell Brand for becoming “aggressively centrist.”

He chided the “illiberal left” for choosing to portray “the other 50 percent,” the people on the right side of the aisle, “absolutely condescending, patronizing, or arrogant toward them.” But he was critical of people who met in the middle because “the two vehicles on either side of the political aisle are so far apart their… tires aren’t even on the sidewalk.”