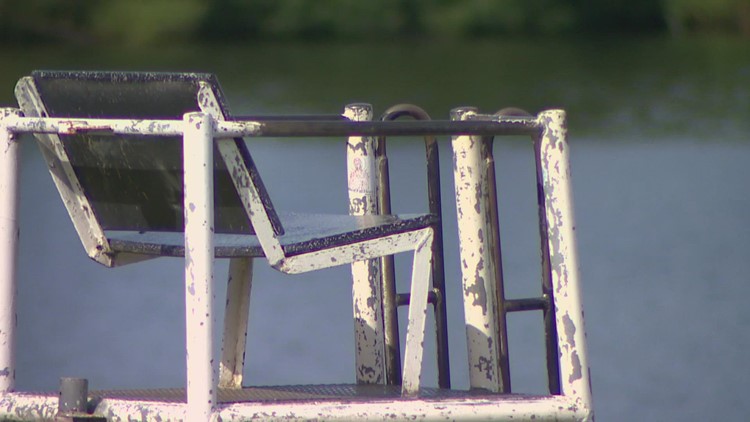 The beach will be closed for at least a week pending further testing.

SEATTLE — Matthews Beach in Seattle is closed Wednesday due to high levels of bacteria.

People and pets should stay out of the water, including for drinking and swimming, but also for wading and all water-related activities.

The beach will remain closed at least until next week when another sampling test is conducted by the King County Department of Natural Resources & Parks (KCDNRP).

Matthews Beach will be tested every week until the bacteria levels are safe to reopen, according to the county. Beaches are usually sampled on Tuesday afternoon, after which results should be available online in a day or two.

Routine testing found the beach to be rich in bacteria. The district tests bacterial concentrations weekly to determine the risk of disease.

Anyone who has swum or waded at Matthews Beach may have been exposed to high levels of bacteria. Common symptoms include diarrhea, abdominal pain, headache, fever, or nausea or vomiting. If this happens to anyone, call a doctor and let them know where you swam.

According to Seattle Parks and Recreation, Matthews Beach is the largest freshwater swimming beach in Seattle.

Last year, the beach was closed for weeks due to bacterial concentrations.

Officials haven’t disclosed the cause of the high levels of bacteria, but according to the county’s Lake Swimming Beach Program, it usually means there’s feces in the water. The source of this can be from humans, dogs or other animals. It could also come from sewage spills, but that’s often not the case.

Even if bacteria levels drop to normal levels, Matthews Beach will remain closed for the summer due to a lack of lifeguards.

China says it may have received signals from aliens

Stubborn La Niña may stick around for a rare third year

Children under 5 receive first doses of COVID vaccine in Seattle