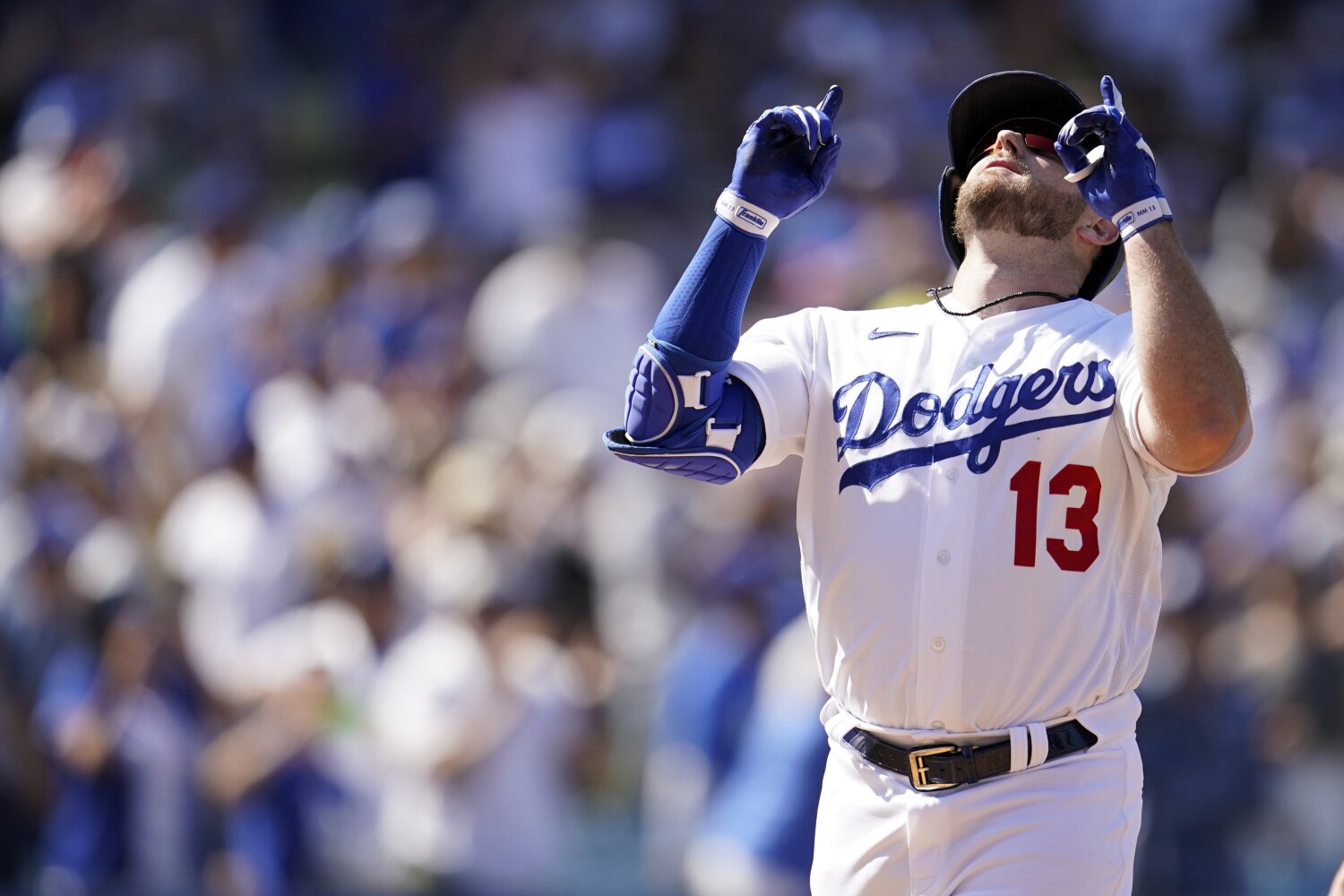 With a month and a half into the regular season, the Dodgers addressed one of their bigger offseason questions Monday.

The team announced that it has agreed to a contract extension with third baseman Max Muncy, a one-year deal worth $13.5 million for next season with a $10 million team option plus incentives for 2024.

After a disastrous start to the season, partially marred by an elbow injury sustained at the end of last season, Muncy has regained momentum in recent weeks. As of early August, Muncy is hitting .328 with seven homers and 15 RBIs. His 1.185 on-base plus slugging percentage during that stretch is the third-best in the majors among qualified players.

And his 16 home runs rank fifth with the Dodgers — even after missing a few weeks to rest his ailing elbow.

Muncy’s contract would be called into question this offseason. He had a $13 million club option or a $1.5 million buyout.

His recent resurgence was enough to convince the Dodgers to bring back the 31-year-old hitter who hit 134 homers in five seasons with the team, two All-Star selections, an .881 OPS in the playoffs and a World Series title can show .

Sarah Hyland and Wells Adams wedding: What the bride wore