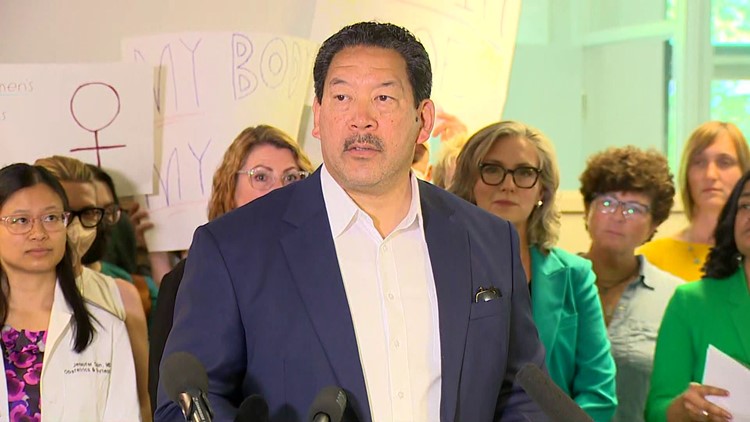 At the same press conference, Congresswoman Pramila Jayapal suggested it was time for a women’s strike in the United States.

Harrell spoke about the City of Seattle’s next steps to protect abortion treatment at a press conference hosted by Congresswoman Pramila Jayapal, D-Seattle, in response to the Supreme Court’s Roe v. Wade annul, was held. Harrell and many others spoke about improving protections for women who come to Washington from other states seeking abortions.

“The City of Seattle will not engage in punitive and reactionary efforts to enforce this aggressive assault on the bodies of our constituents,” Harrell said. “The Seattle Police Department … will not participate in enforcing the criminal laws of other states that are inconsistent with the laws of Washington and, more importantly, our values.”

Harrell previously donated $250,000 of the city’s money to the Northwest Abortion Access Fund. After the ruling, City Council Member Kshama Sawant also announced that she plans to introduce legislation to make the city an “abortion rights sanctuary”.

Jayapal also mentioned the Icelandic women’s strike of 1975, when women quit their jobs and refused to cook or look after children to protest unequal pay.

“It is time to consider such a move here in the United States,” Jayapal said.

UW Medicine Dr. Jennifer Chin also spoke at Monday’s press conference and warned that the decision will have a devastating impact on women’s health.

“Pregnant women will die as a result of this decision,” Chin said. “Not only will this affect patients who wish to terminate their pregnancy, it will also have a devastating impact on all pregnant women: patients with miscarriages, ectopic pregnancies, pregnancy complications, psychiatric problems and yes, parents who want an abortion will suffer.”

In response to the news conference, the Washington State Republican Party called the Democrats’ priorities “saying” and said the party “did nothing as Washington families grapple with inflation, soaring gas prices and a shortage of baby food.”

“[Democrats] took a budget surplus of $15 billion and spent it all without giving back a dime to the hard working people of Washington state.

“After the Dobbs decision, Democrats want to immediately make abortion a key campaign issue to distract from their party’s miserable record both nationally and locally. Our state has already codified abortion rules into state law.

“Voters will see through this apparent posturing in November and vote for change on the key issues they keep telling us about on our doorstep: restoring public safety, restoring affordability, and restoring accountability between our leaders and voters — all areas where the Democrats are failing miserably.”

Polio in US: Do you need a booster shot for that? New warning after 1st US case in nearly 10 years