New Jersey– Comedian Maysoon Zayid is many things. Funny is only one of them.

“In the Olympics of oppression, I would win the gold medal. I’m Palestinian, I’m Muslim, I’m disabled, divorced, a woman of color and I live in New Jersey,” Zayid said.

Born with cerebral palsy, Zayid breaks down barriers in conversation. The comedian, actress and disability advocate has spanned her career from the comedy stage to television, a TED talk and a gig as a teacher at Princeton. Yes, the Princeton.

A drama queen as a child, Zayid was destined for the limelight. However, she saw very few disabled people on screen. That all changed when she saw legendary comedian Richard Pryor diagnosed with multiple sclerosis in 1986 and realized her Hollywood dream could become her reality.

Zayid studied drama and drama at Arizona State University and pursued her goal: to be cast in “General Hospital”. The only problem was that disabled TV characters are often miraculously cured.

“I was like, ‘Oh, I’ll just do stand-up comedy, get really famous, and then I’ll be in General Hospital. What I did,” she said. Zayid joined the cast of General Hospital in 2019, playing the role of Zahir Amir.

A proud Muslim, Zayid is executive producer and co-founder of the New York Arab-American Comedy Festival. She and fellow comic Dean Obeidallah created the festival in 2003 to combat negative images of post-9/11 Muslims. The festival is now a comedy powerhouse in New York, showcasing the talents of numerous Arab-American comics and creators.

She also starred in Live Nation’s comedy tour Arabs Gone Wild. Her other credits include The Countdown with Keith Olbermann, In Deep Shift With Jonas Elrod, and the movie You Don’t Mess With the Zohan, to name a few.

Zayid is excited for the upcoming release of her first comic, Shiny Misfits. The comic features a disabled main character and other disabled characters. As the story switches back and forth between the real world and a dream world, the characters in both remain disabled.

Zayid is working flat out on her mission to open doors for people with disabilities. She uses her success to show the world that disability doesn’t just look one way.

“I would just like to see disability reflect the diversity of our community,” Zayid said. “I would also like to see able-bodied people who are visibly disabled on screen playing stop.”

As Zayid moves the needle for people with disabilities, she also hopes to inspire families with disabled children.

“I would love for parents who want their disabled children to have their best lives to start connecting and listening to disabled adults,” Zayid said.

You'd Be Stupid Not to Evaluate Risk 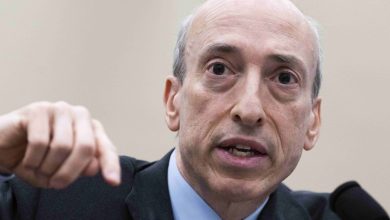 The SEC Attacks the Financial Markets

1 killed in crash on I-40 in Bellevue