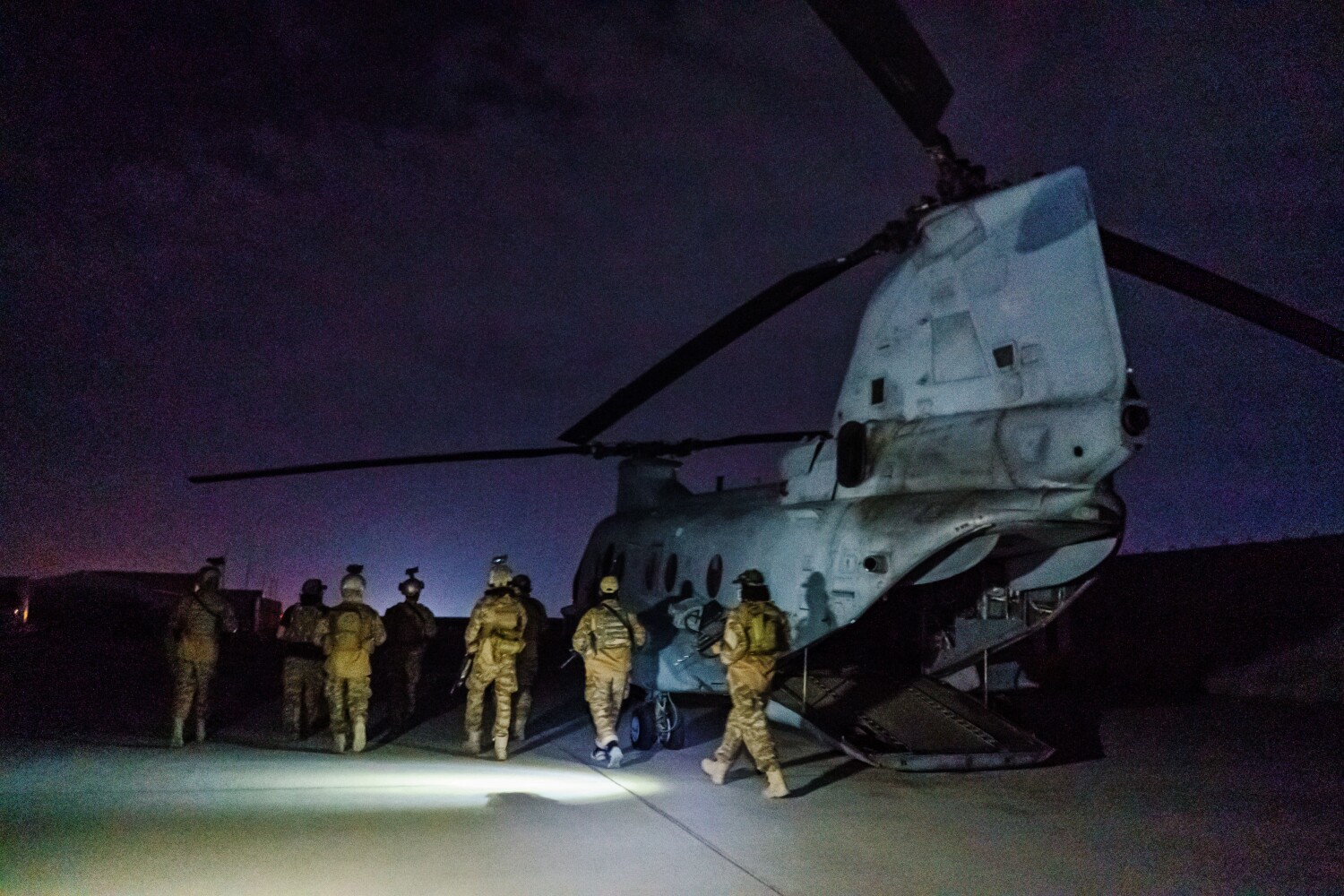 When President Biden withdrew the last American troops from Afghanistan a year ago, the Taliban stormed into Kabul, abruptly ending a 20-year, $2.3 trillion US war.

It was Biden’s worst foreign policy failure and sparked warnings that more disasters were to follow: not only the tragedy of Taliban rule over 38 million Afghans, but also a resurgence in international terrorism and a collapse in US influence around the world.

“It is hard to overstate the damage to US credibility this fiasco has caused,” wrote Kori Schake of the conservative American Enterprise Institute. “The disastrous withdrawal will make it harder for Washington to unite [international] coalitions in the future.”

Most of these worst-case predictions have not come true.

Yes, Taliban rule in Afghanistan has been violent, repressive and chaotic – an economic and human catastrophe for Afghans, especially women. That’s no surprise.

Beyond the country’s borders, however, the consequences of America’s failure were more limited.

Terrorism? Contrary to the fears of pessimists, the reconstruction of the Afghan core of al Qaeda has not succeeded.

A US drone strike killed al-Qaeda leader Ayman Zawahiri on his balcony in Kabul last month. This served as evidence that the Taliban – or at least one faction, the Haqqani clan – were harboring the group. But it also showed that the United States can conduct counter-terrorism operations in Afghanistan despite having far fewer intelligence resources on the ground.

Since their attack on New York and the Pentagon on September 11, 2001, Al Qaeda has been a major threat to Americans. But the group has not pulled off a major transnational plot since July 2005, when they detonated four suicide bombings on London’s public transport system. In 2020, an al-Qaeda-influenced Saudi Air Force cadet killed three American sailors in Florida, but it’s not clear if the organization directed the attack.

The organization could not be counted out forever, he warned, and could one day launch major attacks again. But they’re not there yet.

As for the general damage to US credibility, reports of our demise seem to have been exaggerated.

Amid the chaos in Kabul last year, Biden defended his withdrawal from Afghanistan to lift the United States out of a war it had long lost and focus on bigger issues: China and Russia.

“My father used to have an expression: If everything is equally important to you, nothing is important to you,” the president said at the time. “We should focus on where the threat is greatest.”

To Biden’s credit, he has persisted, building international coalitions to counter China’s rising power (the oddly named AUKUS military alliance with Britain and Australia, and the supposedly non-military Quad with Japan, India and Australia), and so comprehensively assuring Taiwan that the United States It would help that State Department officials tried to tone down his statements.

He also sought to reassure NATO allies that withdrawing from Afghanistan, where more than 50 other countries have also deployed troops, would not weaken US commitments to Europe.

Those ties were tested within months when Russia’s Vladimir Putin threatened to invade Ukraine. Biden and his aides took a leading role in organizing an allied response, including warnings that Western countries would impose joint economic sanctions on Russia if Putin launched an invasion.

Even more surprising, the outbreak of war in Eastern Europe prompted Sweden and Finland to abandon their longstanding status as neutral countries and rush to bid for membership in the US-led alliance.

If Biden’s decision to withdraw from Afghanistan “broken NATO,” the organization didn’t remain broken for long.

None of these well-executed foreign policy decisions erase the failure of the long US effort in Afghanistan or the short-term debacle of its final days. No one spares Afghans from the consequences of the country’s economic collapse or protects the country’s women from oppression.

Nor do they mitigate the violence and instability created by regional terrorism, including in Pakistan, Afghanistan’s nuclear-armed neighbor, where the Taliban victory appears to have emboldened domestic extremists.

But these effects, deplorable as they are, are local, not global.

In this sense, the fall of Kabul in 2021 is very similar to the fall of Saigon in 1975: a painful defeat for the United States, but one whose consequences beyond the immediate region have been surprisingly small.

And a year later, Biden’s decision to withdraw, disastrous as it looked at the time, looks more defensible.

https://www.latimes.com/politics/story/2022-08-14/the-fall-of-kabul-was-a-debacle-but-the-u-s-and-the-world-have-moved-on McManus: Impact of Kabul’s fall not as catastrophic as feared