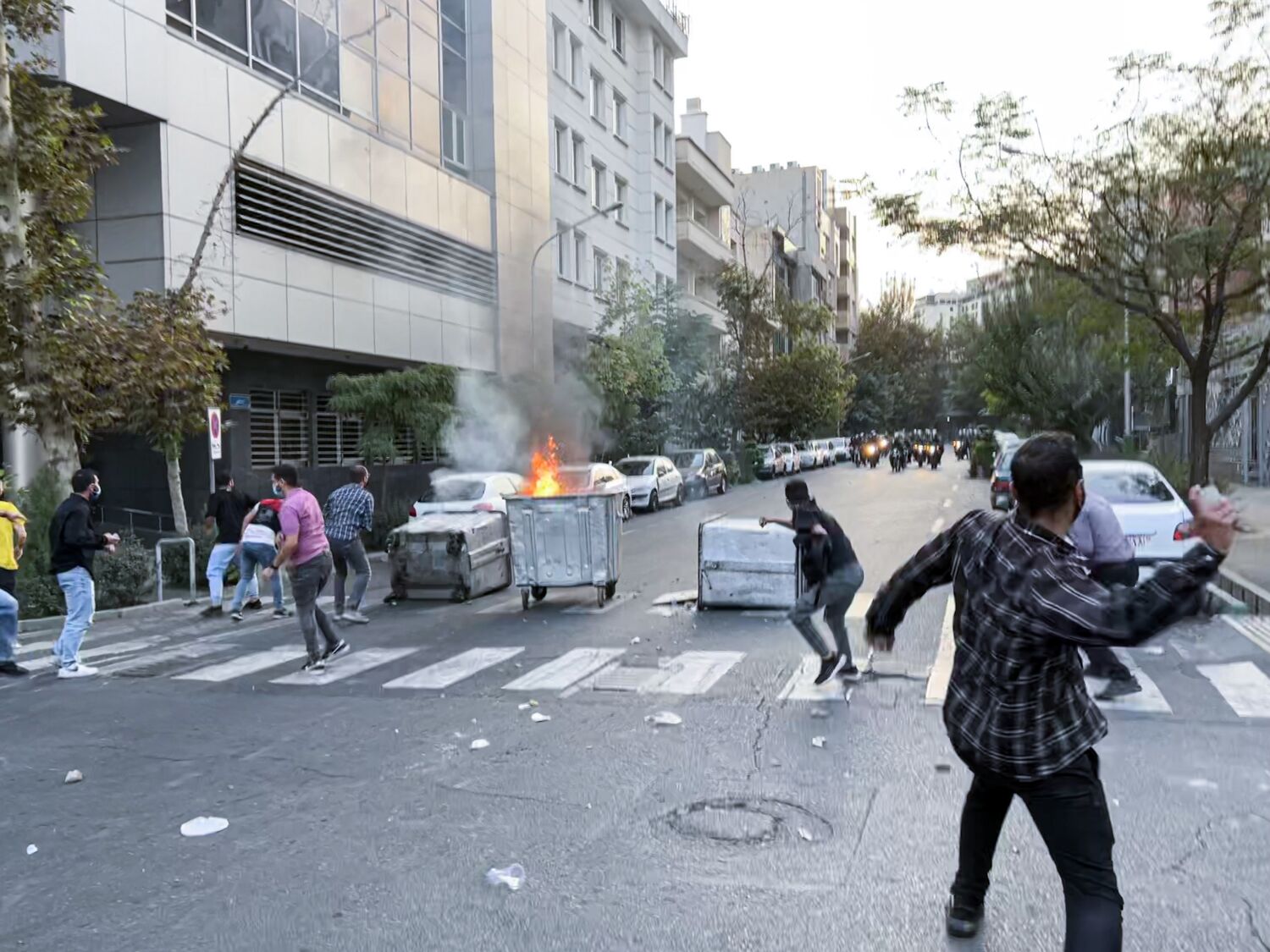 After more than a decade of US policy focusing on preventing Iran from acquiring nuclear weapons, the focus on arms negotiations has shifted.

The longstanding dispute over nuclear weapons has been replaced by a more immediate drama — the rapidly expanding insurgency against the Iranian regime.

“Our focus every day and the focus of the world is what’s happening on the streets of Iran,” Secretary of State Antony J. Blinken said last week.

“We support what the Iranians are demanding,” he added, saying they “want to be heard, to be able to express their views peacefully and to avoid this terrible repression.”

US negotiator Robert Malley added a blunt assessment of the prospects for a revived nuclear arms deal, one of President Biden’s longstanding foreign policy goals: “It’s not on the agenda.”

Instead, the US confrontation with Iran has widened and deepened – a conflict on more than one front.

Let’s start with the nuclear standoff. The United States and other major powers have been working for almost two years to revive the 2015 nuclear deal with Iran, which President Trump withdrew in 2018. The deal capped Iran’s uranium enrichment program, which produces the basic ingredient for nuclear weapons, in exchange for lifting economic sanctions.

By August, officials from both sides said they were close to an agreement. But Iran made new demands and delayed the deal, US and European officials say.

Then, in September, an unexpected event: Iran’s streets erupted in protest after a 22-year-old woman, Mahsa Amini, died in police custody. She had been arrested by the Tehran vice squad for allegedly wearing her headscarf incorrectly.

Angry anti-regime demonstrations began among women and girls and quickly spread. Protesters in Tehran torched police stations and demanded the ouster of Ayatollah Ali Khamenei, the country’s supreme leader. Police arrested thousands and announced they would try protesters – some on charges carrying the death penalty.

Iranian scholars said the uprising was unprecedented in the Islamic Republic era.

“There is a widespread willingness among young Iranians to take to the streets demanding system change… and they are undeterred by the use of force,” said Suzanne Maloney of the Brookings Institution.

The Biden administration reacted almost immediately, condemning the repression and calling on the United Nations to monitor the Tehran regime’s actions.

The United States also eased sanctions restricting the export of communications technology to Iran so Google and other companies could provide protesters with tools to communicate securely.

And the government announced more sanctions against Iranian officials directing the repression.

That may not sound like much, but some normally critical human rights defenders commended the administration for its agility.

“They have done a lot,” said Ali Vaez of the International Crisis Group.

The sobering fact is that there is not much the United States and other governments can do to help a popular uprising in Iran.

As we learned during the Arab Spring that began in 2010, when revolts erupted from Tunisia to Syria, US power to influence events elsewhere is limited.

“This is an Iranian drama and foreigners are just spectators,” Vaez said.

“The West has used sanctions against Iran for so long that Iran has become deaf to them,” he added. “They don’t offer much leverage.”

The uprising has another impact on US politics: it has made it politically impossible for the US government, at least for the time being, to ease nuclear sanctions.

Should the Tehran regime suddenly agree to sign the stalled nuclear deal, the US would have to lift many of its economic sanctions on Iran. Billions of dollars in frozen assets would flow into the Iranian treasury and Iran would be free to sell oil on the world market.

“You’d have to consider providing a life raft to a regime that’s under fire from its own people,” Maloney said.

But that leaves Biden administration officials in a dilemma.

They still want a nuclear deal with Iran; they just don’t think they can shut one down now, with a regime besieged by its own citizens.

Meanwhile, Iran announced last month that it had increased uranium enrichment at its underground Fordo facility to 60% purity — a small step from the 90% required for a nuclear bomb. That means it would take Iran just a few weeks to assemble a crude nuclear device, US officials say.

This is the spiral of escalation that the nuclear negotiations were intended to prevent.

Without a deal, Iran will be tempted to use its nuclear program to make daring and thinly veiled threats. Israel, under the new, more restrictive government of Prime Minister-designate Benjamin Netanyahu, is again talking about a “military option” against Iran. US officials say Biden has that option, too.

The nuclear deal could be off the table for now. But the problem it was supposed to solve hasn’t gone away.

With Arte Moreno out, Angels need to spend big in free agency