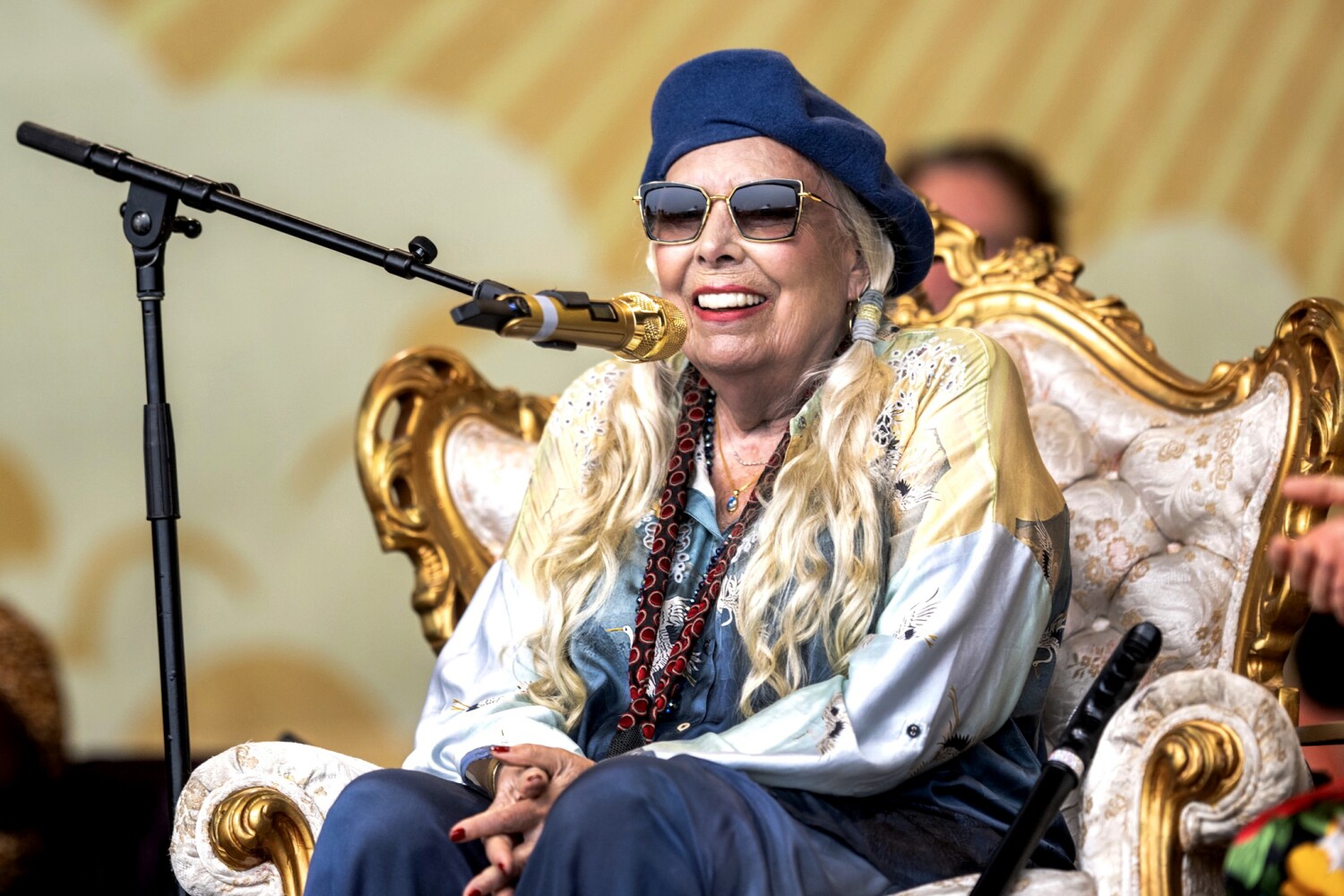 On Tuesday, the beloved singer-songwriter’s renaissance accelerated even further when the Berklee College of Music awarded Mitchell an honorary doctorate.

Berklee President Erica Muhl praised the 78-year-old musician for “pioneering the way for women in music with an unwavering commitment” and called her “one of the greatest musicians on the planet.”

“Well luckily I’m too old to get a swollen head,” Mitchell joked in her acceptance speech.

Mitchell – who wore one black beret embroidered with “Dr. Joni Mitchell” — was celebrated at a private party in Santa Monica.

Only one thing was missing. Mitchell said she wished her parents were alive and could have been there to see it.

“Especially my mom would be very proud of that because she wanted me to go to college,” she said. “I was in art school and dropped out after a year.

“She thinks I’m a quitter. So to see that achievement would be really impressive for them. I wish I could share it with her.”

Mitchell is the latest legend to receive an honorary doctorate from Berklee. Recent recipients include Ringo Starr, Celine Dion, John Legend and Pharrell Williams and Chad Hugo of the Neptunes.

The Berklee honor caps an already significant summer for Mitchell. At the Newport Folk Festival in July, she made her first public appearance since her brain aneurysm in 2015. She took to the stage alongside Brandi Carlile, Wynonna Judd, Marcus Mumford and others to perform a string of hits including “Carey,” ” The Circle”. game” and “help me”.

The rare performance triggered a range of emotions from both festival-goers and fellow musicians. Judd said she “cried ugly” during the performance.

“Joni was the soundtrack to my childhood – she’s my heroine – and Brandi invited me to come and witness her incredible journey,” she told the Times.

Wet Leg, adorably, have no idea what the Grammys are

CNN is ending ‘This Is Life With Lisa Ling,’ a casualty of budget cuts