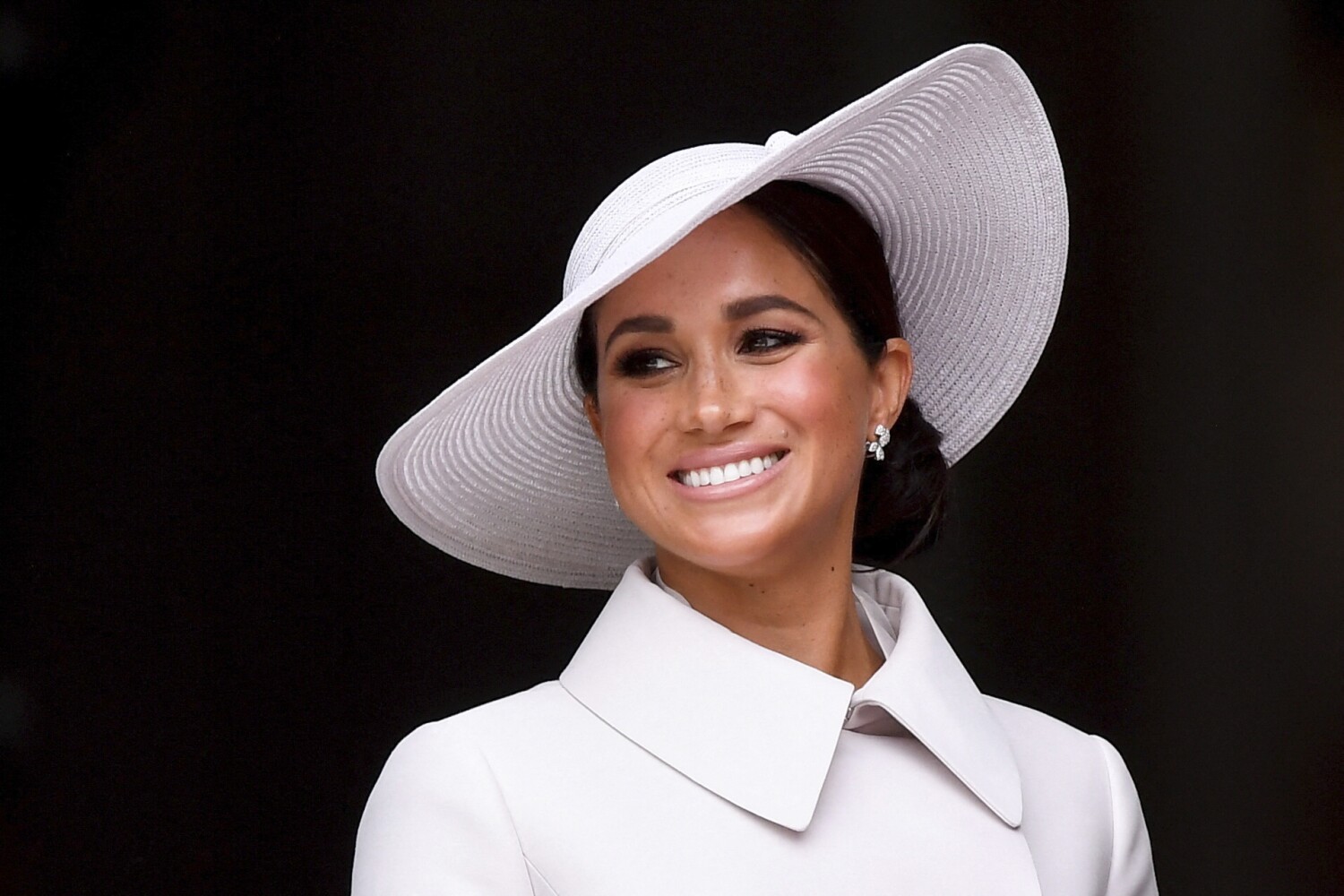 Markle’s new Spotify-exclusive podcast, Archetypes, topped regular chart-topping “The Joe Rogan Experience” on Spotify’s Most Listened Podcasts list in six regions, including the US and UK, this week.

The show’s opening episode premiered on Tuesday and featured tennis legend Serena Williams as the first guest. The podcast also topped the charts in Canada, Ireland, New Zealand and Australia.

Archetypes was conceived as an outlet for Markle to explore the stereotypes surrounding women of all ages through “uncensored conversations with women who know all too well how these typologies shape narratives,” according to a March Spotify statement.

In a preview for the podcast, the Duchess promised that by speaking to them she would “dissect, explore and subvert the labels that try to hold women back”.

In the first episode, Markle and Williams discussed the double standards of women when called “ambitious,” urging listeners to think about it and “recognize.”[e] what people don’t see” and shared their personal experiences as friends, celebrities and mothers.

Williams shared a story about the guilt she felt as a mother during a match at the 2018 French Open, which came just hours after her daughter Olympia fell out of her high chair and fractured her wrist.

Markle opened up about her own experience of fulfilling work commitments amid emotional turmoil during her 2019 visit to South Africa – months before she and Prince Harry stepped down as senior royals following personal attacks on the couple.

“I think visually the focus is so much on how it looks rather than how it feels,” Markle said, speaking to the episode’s title “Misunderstanding of Ambition.” “And part of humanizing — and breaking through those labels, those archetypes, those boxes that we’re put into — is having some understanding of the behind-the-scenes human moments that people might not be aware of and they can’t give everyone else a break. Because we did it.”

“Archetypes” isn’t the only lively podcast that toppled Rogan from the top of the charts this year. In May, “Batman Unbury” shot to #1 on Spotify’s US chart. The scripted audio series starred Winston Duke as Batman, Hasan Minhaj as the Riddler, and Gina Rodriguez as Barbara Gordon.

Predicting every college football Power 5 conference for the 2022 season

Is Bethesda doing enough to generate excitement and interest about Starfield?

‘Bad Sisters’ on Apple TV is an engaging comedy about murder

There’s a Reason It Costs So Much

The 17 works of art you need to see in L.A. County