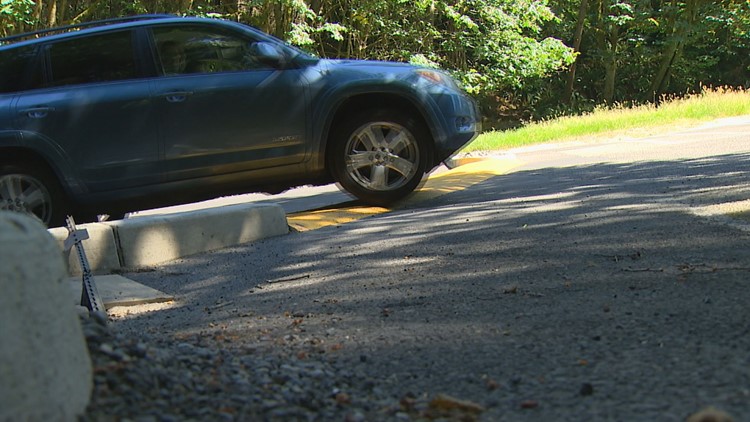 TACOMA, Wash. – Complaints from drivers prompted some renovations at the newly opened Owen Beach. Some people said the new parking lot speed limits would actually do more harm than good.

Metro Parks Tacoma’s Rosemary Ponnekanti said vehicle access to the beach was closed earlier this week to fix some things to make the ride safer.

The popular Tacoma Park originally reopened in May after 16 months of renovations. But soon after the reopening, complaints were received about a new addition to the roads – newly installed speed bumps designed to slow drivers.

“We definitely got some feedback from the community that they seemed a little steep,” she said. “So we took that feedback into account and decided to smooth out the tops to make them a little more comfortable.”

“The first weekend they opened when I came out I saw a classic car bottom out and go over the first speed bump to come down the hill,” Lord said. “I thought maybe he would drive a bit fast but obviously he didn’t see it coming. I didn’t feel guilty going through the trailer today.”

But some with lower cars, like Vince Bellisle, feel differently.

Some drivers appreciate and understand the decision, others said it was still too high.

“I think it’s okay if people feel a little uncomfortable about slowing down. I’m for it,” Lord said.

“Maybe I won’t come down here,” Bellisle said. “It’s too high, it will ruin my car.”

Ponnekanti encourages people to get out and enjoy the beach, despite the bumpy entrance. But she also warns that although the water is getting hotter, it’s still pretty cold. So make sure you have a life jacket on when you go in the water.

Philly COVID: Temple University says masks will be optional for the fall semester